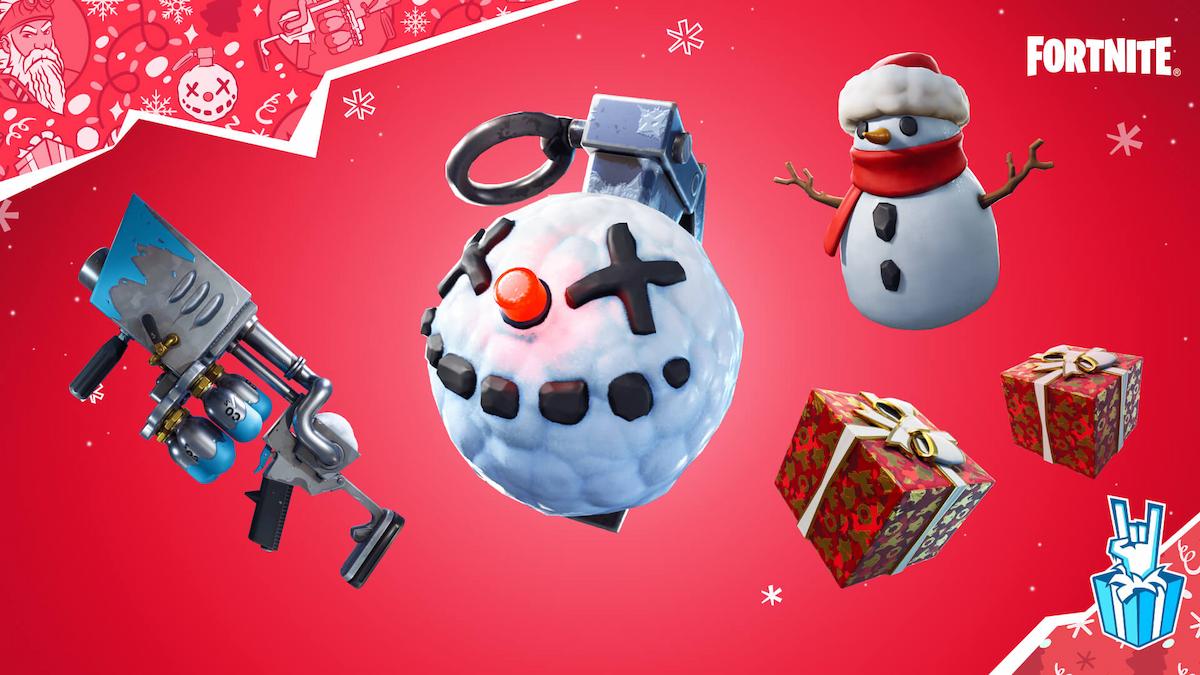 For every day that Fortnite Chapter 3’s Winterfest 2021 event goes on, a new quest is added. One of these quests calls for you to deal a certain amount of damage to enemies while using the Snowball Launcher, a seasonal weapon Epic added to the game as part of the Winterfest update. This guide will show you how to complete this quest and offer some tips that should help you clear it with ease.

It should be noted that this quest won’t be available until December 17, so you won’t be able to complete it until then. To clear this quest, you’ll have to deal a total of 50 damage points to opponents with the Snowball Launcher. Thankfully, this is a pretty easy task, as the weapon deals roughly 50 damage to opponents caught in its blast radius, meaning you’ll only have to get one good shot on an opponent to complete the quest.

However, you might have a bit of difficulty getting your hands on a Snowball Launcher. Like Winterfest’s other limited-time weapons, you can find a launcher in chests scattered about the island, but there’s no guaranteed location at which one will spawn. You’ll have to try your luck and loot every chest you stumble upon. We also recommend keeping an eye out for any enemies equipped with a Snowball Launcher. Given that scores of folks will be trying to check this quest off their lists, it’s likely that at least a few of your adversaries in any given game will be using the Snowball Launcher. However, should you choose this route, remember to exercise caution, as the Snowball Launcher is a rather powerful weapon; you don’t want to be on the receiving end of a blast.

If you’re looking for more information on Fortnite’s Winterfest 2021 event, here are all of the quests and challenges to complete during the event, and how to complete the first seasonal quest, warming yourself at the Yule log in Cozy Lodge.