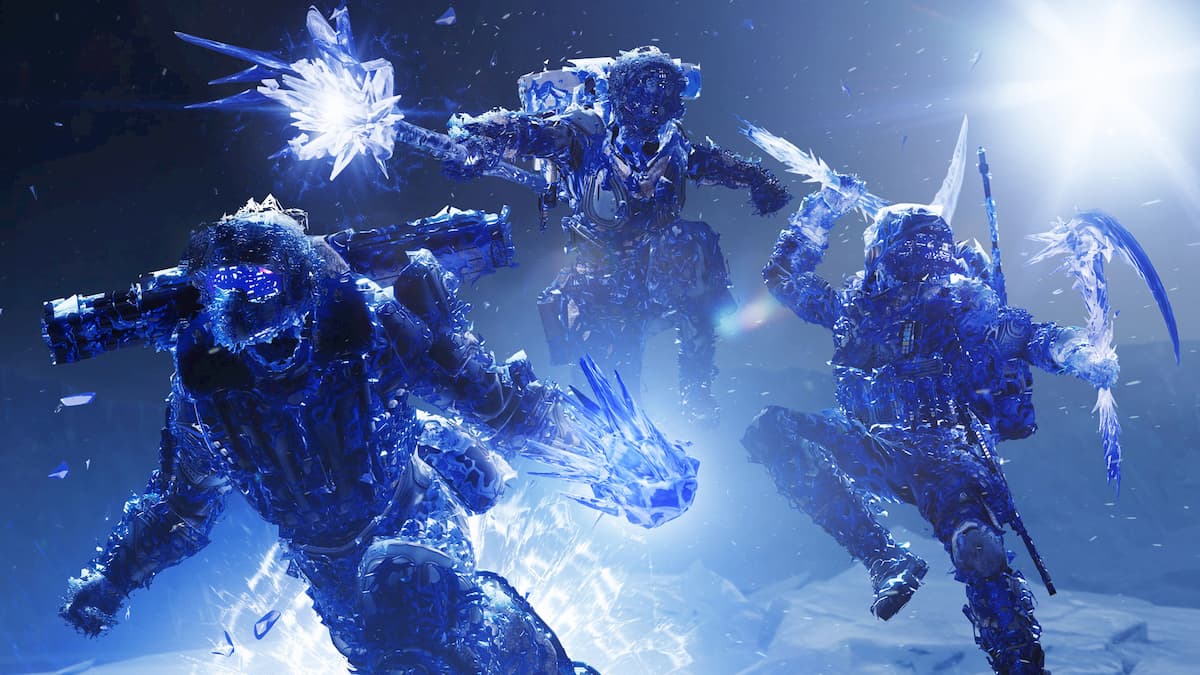 There’s a new element players can use in Destiny 2, and it’s called Stasis. You gain it after you complete the Beyond Light expansion campaign on Europa. This is where you blend your use of Light and Dark, becoming a hybrid Guardian who attempts to bind them with your will, guiding it towards doing good. For those who may have to take down enemies using it, you may want to become familiar with shatter damage and how it works. This will make certain quests, like Born in Darkness part 2, easier, and potentially other bounties released in the future.

You can defeat an enemy using shatter damage by completely freezing them and then taking out their allies nearby. Once the primary energy is frozen, they explode when they are killed, and they damage the enemies nearby them. The enemies destroyed by the exploding ice is considered shatter damage, and that’ll be how you progress through quests. The same goes for the grenade walls you make. If you destroy those pillars, they explode, damaging, and potentially taking out enemies in the aftermath.

Correctly getting shatter damage to occur can take quite a bit of time. You want to try freezing a larger enemy, damaging the smaller ones around it, and then taking out the frozen enemy before they thaw. Alternatively, if you use your grenade and fire at the walls it produces to do the shatter damage, that works too. This may even work easier for those who in fireteams.