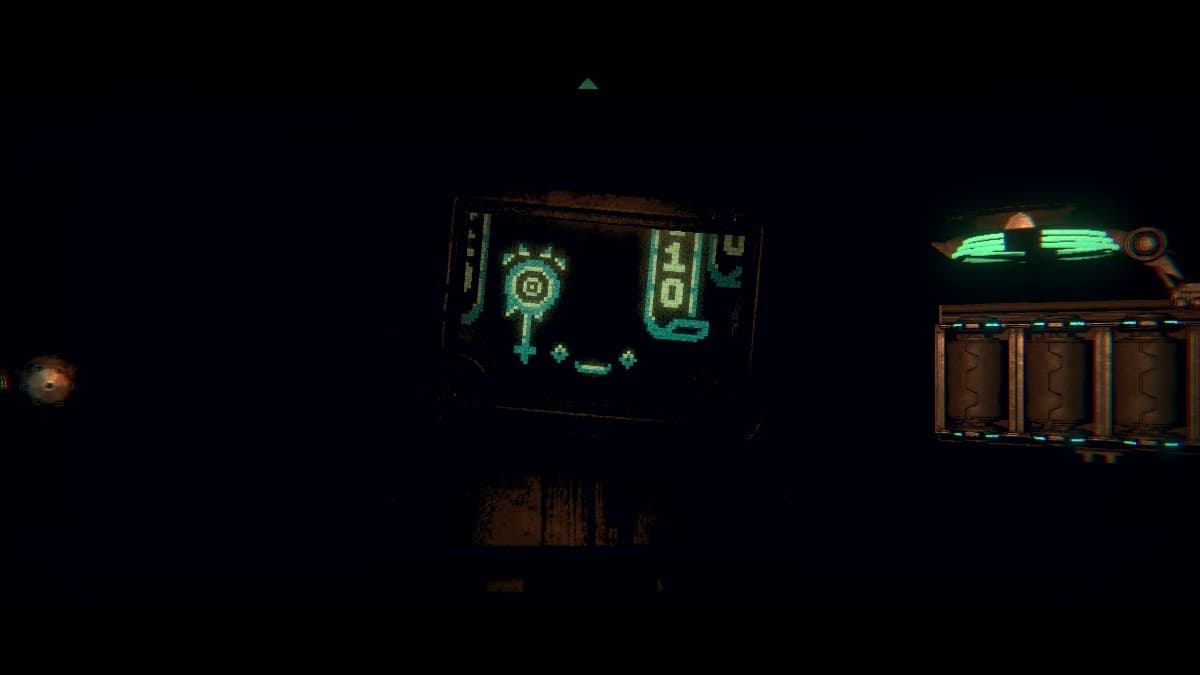 After overcoming the Photographer, the next boss you will need to defeat in Act 3 of Inscryption is the Archivist — a sneaky character who wants to infiltrate the files stored on your computer. It is located on the bottom right-hand corner of the map and offers an intriguing but straightforward challenge.

As you work toward the Archivist, you will want to take every opportunity possible to obtain new cards and upgrade your existing ones. In P03’s version of Inscryption, you will want to look out for cards that have the Sniper sigil. It allows you to target any space on your opponent’s side of the board, which is incredibly useful for controlling the game.

Likewise, whenever you can upgrade a card, give it the Sniper sigil if it’s an option. Later on, we will look to bolster these cards further to ensure they stay alive for longer, but for the moment, the ability to attack any space is strong enough.

As with all bosses in Inscryption, the Archivist has two phases to defeat. It’s a gimmicky boss and, therefore, not too difficult when you know what to expect. In the first phase, you won’t be dealing any direct damage to the Archivist through normal means. It will flood the board with Librarians that have one attack and two HP. They also have the Mighty Leap sigil to prevent Airborne cards from attacking directly and the Dead Byte sigil, which is key to beating the boss.

When one of these cards is destroyed, the Dead Byte ability makes you search for a file on your computer before dropping it on the scales. The key here is to find the largest file size possible, as this counts as extra direct damage. So, have a rummage around until you find something sizeable, and you should beat the first phase after roughly three turns. Just remember to defend your life points while working to kill the Librarians. It’s also worth focusing on playing cards with Sniper sigils in this phrase because of the how second begins. Alternatively, try and keep two spaces on your side of the board free.

The older, the better

As the second phase begins, the Archivist will summon Dead Trees with zero attack and one HP opposite any cards you have on the field, which is why it’s a good idea to play cards with Sniper during the first stage. If you didn’t, it’s not the end of the world. It would just make this stage easier than it already is.

On top of that, the Archivist will instruct you to search your files once again. However, this time you need to look for one that is “old and important.” The latter part of that command is irrelevant. You only need to find an old file. The game creates a few you can use that date back to 2007, so choose one of those. The Archivist then turns it into a card. It will boast four attack and four health while costing a mere two energy to play.

The Archivist will tell you that if this card dies, it gets permanently deleted from your hard drive, but you will beat it before finding out if there’s any weight to that claim. On your next turn, play your new card opposite an empty space and do the same with another that has at least one attack if you don’t have any Sniper sigil cards on the board. Then, end your turn and finish off the Archivist.

After the fight ends, you can upgrade your Empty Vessels to make them a little more useful. Take Mighty Leap so you can use Empty Vessels to block Airborne enemies. It also synergizes nicely with the Sharp Quills sigil we gave them after the Photographer battle. The boss to dispatch is Canvas, which provides yet another fun, gimmick-filled fight.