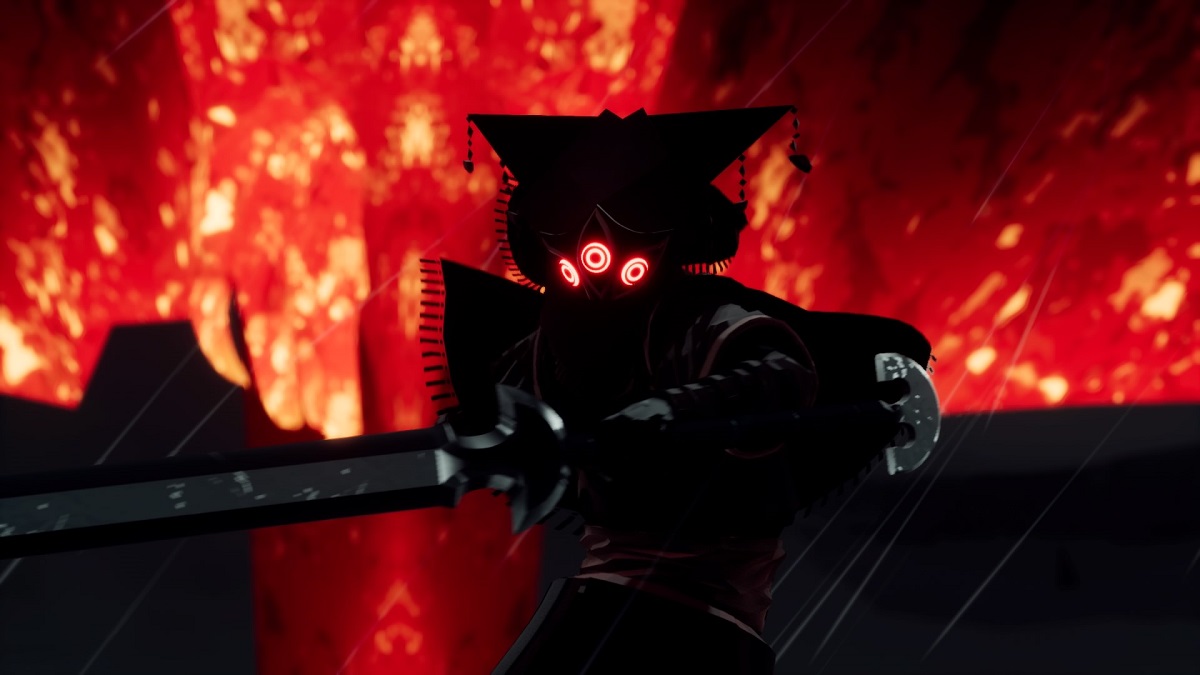 The Godslayer is the final boss battle in The Pathless. There are a number of stages for you to navigate to beat the game’s big bad, and you have come to the right place if you need a walkthrough on how to end his hold on the world of The Pathless.

The first phase doesn’t actually involve the Godslayer. After you head to his corrupted island in the sky, he will attack you, break your bow, and corrupt your falcon, as he did to the other Tall One spirits. Now that you’re injured, run to the tower in the distance while avoiding the corrupted falcon’s attacks. Use the jagged rocks as cover; otherwise, it will knock you back down the hill. Once you reach the tower, give a blessing to the statues to grab the Moon Bow from the spirit realm.

You can now take on the Godslayer. He doesn’t have a set pattern of attack, but there are moves for you to dodge. He will either swing his sword and send a flaming swipe at you or thrust his sword into the ground to send a fire-based wave towards you. Jump to avoid the first one and dash to avoid the second. Fire an arrow at him when prompted. After a number of hits, he will start to build a charged attack. Shoot the symbols of the Tall Ones on each side of the Godslayer and then shoot him with a charged arrow. He will call on the corrupted falcon after this, so get ready to dodge its lunge and fireball attacks.

Repeat those steps two more times. On the second run, you have to shoot each Tall One symbol twice before you can attack. On the third occasion, shoot each symbol three times before firing an arrow. Each successful shot on him will light an obelisk, which will cause the corrupted falcom to crash at your feet.

The Godslayer will now take on a demonic form. Cleanse your falcon buddy with the circle button to switch the Godslayer’s corruption to you instead, and prepare to be transported to another realm. Walk through the red mist until you see a light shaft in the distance. You need to run towards and activate four of these so you can be transported back to the island.

At the final stage, jump and glide to avoid the Godslayer’s hand smash moves. Shoot his hands when they hit the ground. Eventually, you will be prompted to start shooting his eyes. Fire arrows at them while dodging his hand smashes and fireball volleys. Take out his three eyes to initiate his charged chest attack. Shoot the target that appears repeatedly until you see a prompt to launch your falcon into his chest. Do this to land the final blow. Watch the game’s ending play out after a job well done.