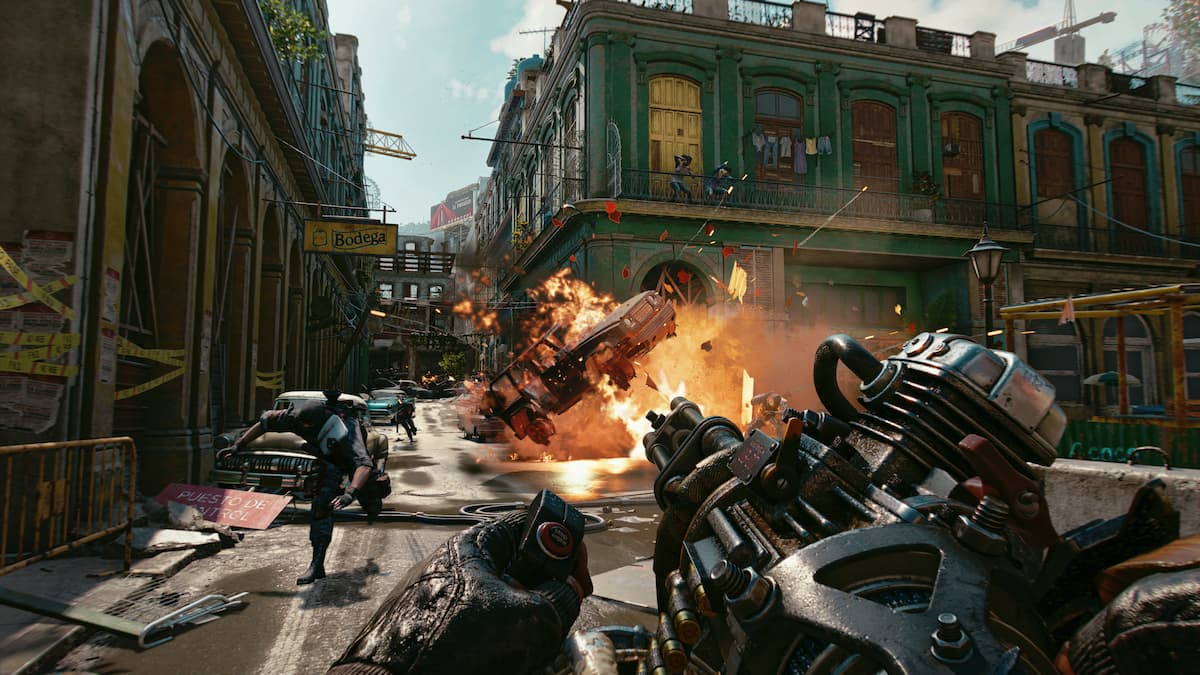 Early on in Far Cry 6, players will be introduced to the idea of flying helicopters and planes. Unfortunately, your enemies suspected you might try this, so have built a series of anti-aircraft defenses across the islands. The good news is that you can destroy them.

Blowing up the first one is quite easy. You will be introduced to this through a campaign mission, and there will be an explosive container directly beside it. Shoot the container to cause it to explode, and you will destroy the anti-aircraft weapon as well.

The rest of them won’t be quite that easy, but you still have a range of options to take them out. As you rummage through the assorted containers in the game to get ammo, you will pick up sticks of dynamite. Open the gear wheel, then select the stick of dynamite from the options on the right side of the screen. Now, throw the dynamite at an anti-aircraft weapon to destroy it. You will only need a single stick of dynamite to do it.

Another option is to use something like a rocket launcher, which gives you the advantage of range. It’s not much of a benefit, as you will want to get to the site of the anti-aircraft gun anyway as each one will have 50 depleted uranium nearby, which will give you access to better Supremo weapons.

There is one thing to keep in mind about the anti-aircraft guns in the game, and that is that it’s possible to fly low enough that they won’t react to you. This is much easier in a helicopter than in a plane, as you need to fly extremely low to make it work.