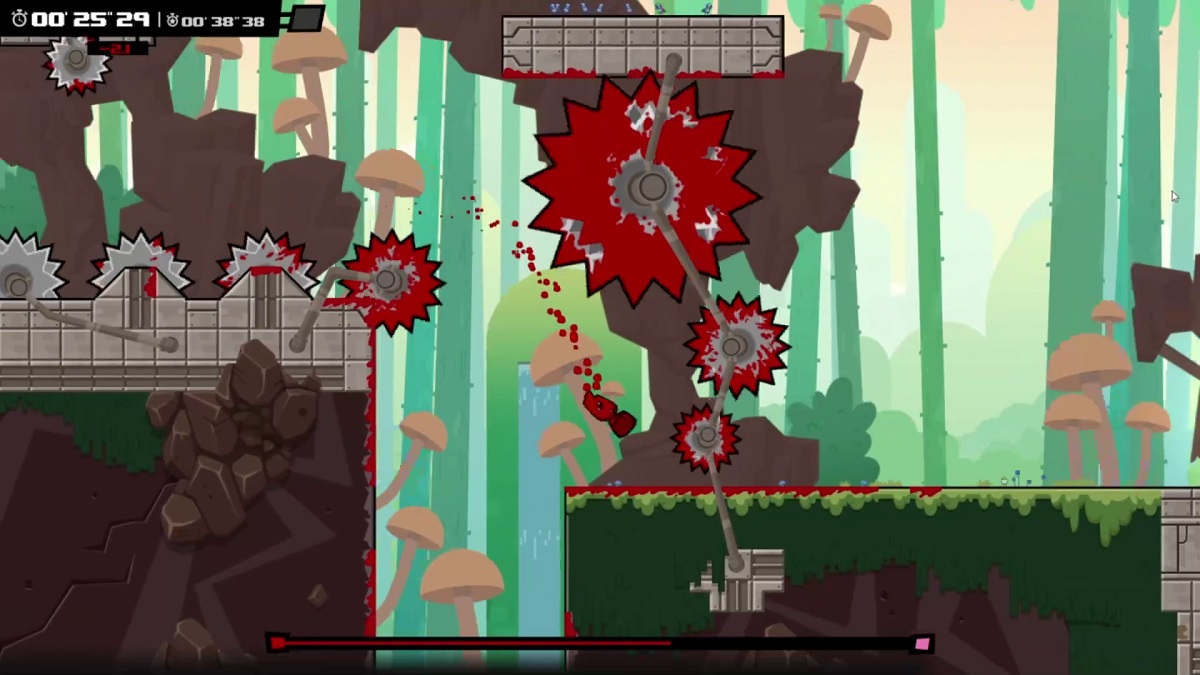 The original Super Meat Boy was renowned for its difficulty curve, and Super Meat Boy Forever is no different. While it has switched from a pure platformer to an infinite runner, the game compensates for the lower margin of error on movement with bigger, more dangerous levels.

Providing you the barebones tutorial for buttons, the game is hard as nails. Even very early in, you will struggle unless you get to grips with everything that Meat Boy, Bandage Girl, and friends can do. One such obstacle is the seemingly floaty jumping that will feel familiar to those who played the original.

It’s pressure-sensitive, so you can temper the height of your jump. However, this is not always enough if you’re needing to fall very quickly, and the game leaves you with obstacles in even the first world where a simple jump won’t do.

That said, it is possible to dive down while in mid-air, and a well-timed press can help you to avoid the circular saws in no time. Similar to how you would slide along the floor while you are running, you can press and hold down on the analog stick, or the down arrow on the keyboard while in the air.

While held, you will take a sharp turn downwards at speed. You will also use the punching technique, meaning that you should take out any potential enemies along the way. This will also be helpful for speeding up those track times as the targets for getting A+ are very strict.