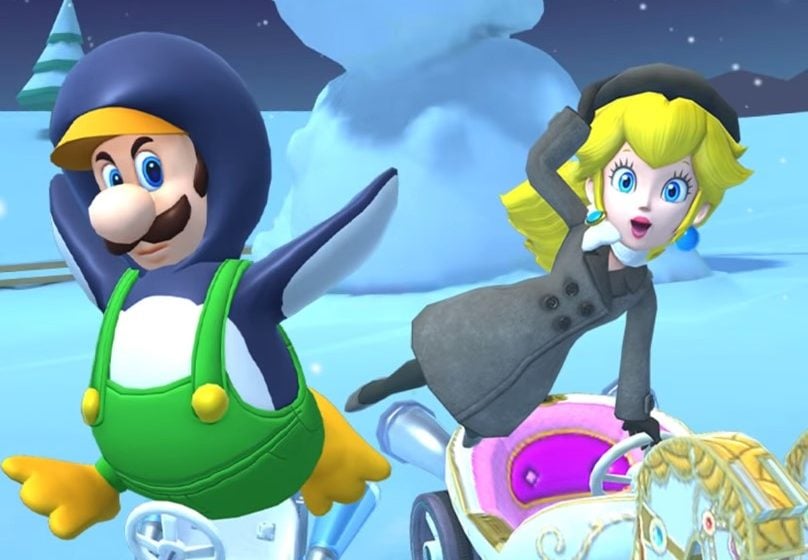 The cups in Mario Kart Tour feature three different tracks and a bonus one centered around a specific technique to completing a course. One of the challenges for Mario Kart Tour asks you to earn a score of 20,000 or higher on the Rosalina Cup, and unfortunately, the bonus track at the end of the cup does not count toward the total.

You need to reach the Rosalina Cup, first. It’s the fourth cup from the start, so you need to go through all of the cups before it to earn enough stars to make it there.

When you do make it, you need to have your total from each of the races make it to 20,000. It’s no easy feat, and it could take you several attempts going through each of them. Here are the tracks in that cup and their favored drivers:

The last two courses in this cup have favored drivers that are difficult to acquire from the game. Favored drivers are the best ones you can have on a track because they have the potential to use three item boxes and activate frenzy mode. In this mode, they rapidly fire out a unique ability that can easily net them a good amount of points during a race.

You may want to check out the drivers who receive two items and focus on using them to score 20,000. To reach this goal, you need to earn a score of at least 6,666 or higher. If there’s a particular track you can reach higher than this goal, then you can slack on one of the other two. There are multiple ways to increase your score in Mario Kart Tour:

You want to attempt to weave many of these together to create combos. The higher the combos you make during a race, the higher your score increases alongside it. For example, you can drift through a series of snowmen or coins to raise your combo and keep the drift until you’re ready to let it go. When you release the drift, try to angle it so you’re about to reach a jump boost or hit another player so you can keep the combo going by ending into another drift. It takes a good degree of work to use the drift properly, but it’s a great way to raise your combo.

You will have to go through these tracks several times, learning their angles, where they spawn coins and items boxes, and the best ways to increase your score. When you reach 20,000, the badge should pop up on your challenge card.