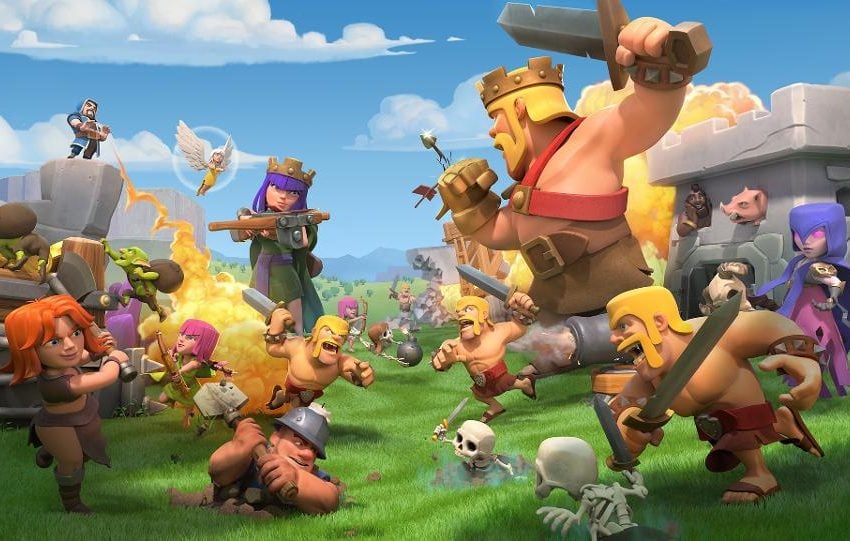 League Medals in Clash of Clans are a fantastic resource to get some very useful items. The League shop, a tab specifically there to allow you to spend League Medals, allows you to get your hands on a number of items that are excellent for a variety of uses.

If you’re not one to farm for all of your resources from other players, 25 league medals can net you 2.5 million of either gold or elixir, or alternatively 10 medals will give you a Resource Potion, doubling all of your resource production for a day. If you are happy to do some farming of resources, 10 league medals for a training potion, boosting army and spell production by four for an hour, is an absolute steal.

There’s plenty of other useful items too, with Research and Builder potions to improve upgrade efficiency, or hammers that will instantly finish buildings that you’re building and upgrading or research for upgraded troops. That said, you can also simply purchase a statue for your base to show off your battle prowess for a heavier cost.

However, League Medals are not as simple to obtain as going into multiplayer battles and beating whoever you see.

First, you must be in a clan. The way in which League Medals can be earned is by the clan leader setting up the clan to engage in a Clan War League. These do not happen continuously and typically take place once in each season, where a season lasts one calendar month.

What is the Clan War League?

The Clan War League sees eight clans, in teams of either 15 or 30, battle it out with each other over the space of a week, with each team member getting just one attack to maximize the stars and damage to each enemy base. This is then put into a league format against all other teams, and the best-performing clans move up to the next division. Conversely, the worst-performing clans can be relegated a division.

However, individual performance can also help you earn league medals. The clan leader who enters the clan into the Clan War League will have the option to choose players to receive additional medals once the war is over. While there’s no guarantee that you’ll receive these extra medals as it is down to the discretion of the Clan War League leader, the better you do and make yourself look good, the more likely you are to be picked. You should treat this as a big incentive to earn as many stars as you can to win the league and improve your clan’s position.

The number of league medals that clans can earn can be found in the table below, with the medal rewards broken down by final league position.

For each player, the number of stars that they earn over the space of a league campaign will determine the percentage of the medals earned for that position.

An example of this would be that if you are in Gold II, your clan coming first would mean that each player can win a potential 160 league medals. If you earned eight or more stars in the league, you will receive the full 160 medals. If you only took 3 stars, you would only earn half as much.