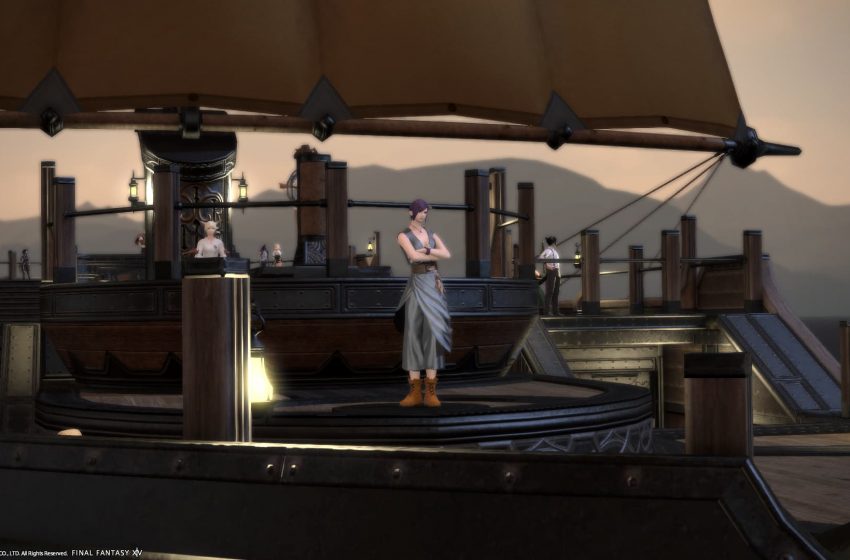 Ocean Fishing in Final Fantasy XIV offers a few achievements that require effort, luck, and collaboration to obtain. They’re worth it, though; only the most determined of fishers can wear the Jellyfish Fanatic title that’s awarded to you if your party can catch 150 jellyfish in one fishing trip.

This guide explains the optimal strategy for earning the Jelled Together fishing bonus, which gets you the What Did Jellyfish Do to You? achievement.

Make sure you have Ocean Fishing unlocked, of course. You’ll want to be level 80 and well-geared before going for this achievement. Having 800 GP plus Hi-Cordials means you can Identical Cast and Double Hook jellyfish to maximize your haul. You’ll need a good supply of Ragworms to catch your share of jellyfish, though it’s good to have Plump Worms and Krill on hand; you might need them if you fall short.

You’ll also need a party of 7 other fishers who are working towards the same goal. There are several FFXIV Fishing Discords and Cross-world Linkshells that can help you find others to fill your party. Shout Chat in Limsa during fishing hours is the best way to get an invite to these.

Talk to Dryskthota at the Ocean Fishing docks in Limsa Lominsa to find check the Ocean Fishing Sailing Schedule. For the jellyfish achievement, the best route ends in the Rhotano Sea at night, but you can catch jellyfish along any fishing route that stops in the Southern Strait of Merlthor.

How to catch jellyfish

When you’re in the Southern Strait of Merlthor, use Ragworms as your bait. La Noscean Jellys have a small tug (indicated by a single exclamation point) and appear less than 5 seconds after you cast. You can safely Double Hook any (!) fish that bites by 5 seconds. Do not reel in any fish with a medium (!!) or large (!!!) tug. Once you catch a jellyfish, use Identical Cast to Double Hook another 4 jellyfish.

If your party ends up a few short of 150 after your 7 minutes in Merlthor and your boat is heading to Rhotano Bay at night, you can try to catch a few Floating Saucers. Use Plump Worms to catch a Spectral Bass and, if you’re fortunate, you’ll kick off a Spectral phase. Once you’re in a Spectral window, swap to Krill and reel in small tugs (!) for a chance at Floating Saucers. This is tricky to pull off, but it’s worth a try if your group is close enough.

Special thanks to S’yahn Tia of Cactuar for gathering copious amounts of data for the benefit of all fishers.