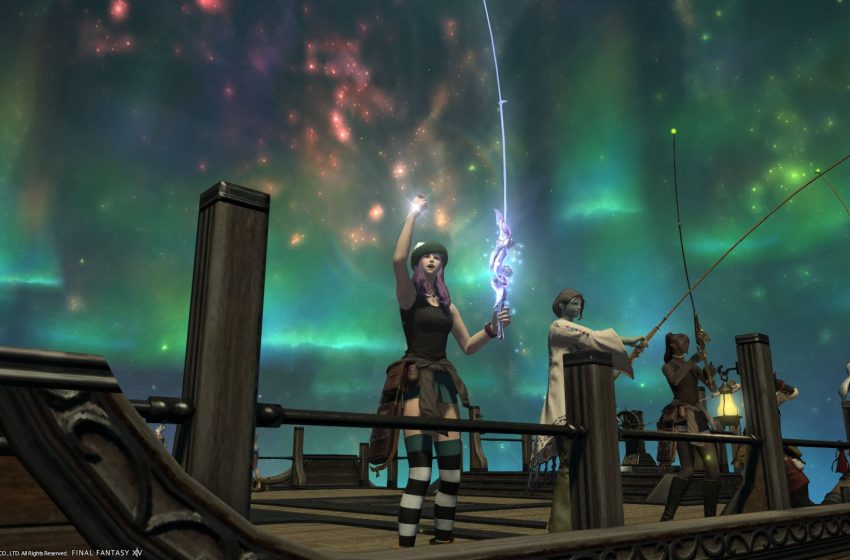 Most fishermen aren’t really into shark bites, but it’s a different story if you’re fishing for achievements in Final Fantasy XIV.

Ocean Fishing gives you the chance to earn the title Shark Hunter if your fishing party can reel in 200 of these big fish. You’ll earn the bonus Certifiable Shark Hunters and earn the achievement worth 10 points: What Did Sharks Do to You?

This seems like the most challenging of the Ocean Fishing achievements, just because of the number of fish you’ll need to catch, but knowing when and where to fish will help you catch sharks by the fistful.

Make sure you have Ocean Fishing unlocked, of course. You’ll want to be level 80 and well-geared before going for this achievement. Having 800 GP plus a dozen Hi-Cordials means you can Identical Cast and Double Hook sharks to maximize your haul. Consider getting food that gives you even more GP for a small period, like HQ Peppered Popotoes. You’ll need a good supply of Plump Worms to catch your share of sharks; the optimal route for earning this achievement has two stops where you’ll need to always be casting, so don’t skimp on the bait.

You’ll also need a party of 7 other fishers who are working towards the same goal. There are several FFXIV Fishing Discords and Cross-world Linkshells that can help you find others to fill your party. Shout chat in Limsa during fishing hours is the best way to get an invite to these.

Talk to Dryskthota at the Ocean Fishing docks in Limsa Lominsa to see the Ocean Fishing Sailing Schedule. The best route for the shark achievement ends in the Rhotano Sea during the daytime, since this path allows for catching sharks at two stops along the route during both normal and Spectral conditions.

How to catch sharks

Your party will need Spectral Currents to appear at both stops in order to have the best chance possible of success. You may reel in a Spectral fish while going for the sharks you need, so don’t ignore any heavy (!!!) tugs.

When you’re in Galadion Bay prior to Spectral weather, use Plump Worms as your bait. Tarnished Sharks have a heavy tug (noted by three exclamation points) and appear about 24 seconds after you cast. Use Identical Cast to reel in a second Tarnished Shark, but save the rest of your GP and don’t use Double Hook. When Spectral weather appears, keep using Plump Worms as your bait. You can use Double Hook on heavy tugs (!!!) to catch 4 Funnel Sharks at once, then use Identical Cast and Double Hook again. If you started with 800+ GP, you should be able to Double Hook these and get 4 more.

Quicksilver Blades do count towards your total, but they aren’t worth Double Hooking, since you can only catch 2 of them at a time. If you catch a Ghost Shark, use Identical Cast and then Double Hook the second catch to reel in 4 more.

In Rhotano Bay during normal weather, continue using Plump Worms. Here, you’ll try for Chrome Hammerheads. These have a heavy tug (!!!) and can take anywhere from 15 to 26 seconds or longer to appear following your cast. Catch the first one normally, then use Identical Cast and Double Hook the second.

During Spectral weather, Double Hook any heavy tugs (!!!) to catch 4 Executioners, then Identical Cast and Double Hook them again. Sweepers have a medium tug (!!) and count towards the achievement. They only Double Hook for a catch of 2 sharks, so save your GP for the Executioners instead.

If you still have time left after a Spectral window, Double Hook any powerful tugs (!!!) you get; they’re guaranteed to be either Tarnished Sharks or Chrome Hammerheads. Identical Cast plus another Double Hook here could put your party just over the 200 shark total in a clutch if you’re coming up just short, so don’t give up!

Special thanks to S’yahn Tia of Cactuar for creating an Ocean Fishing tracker.