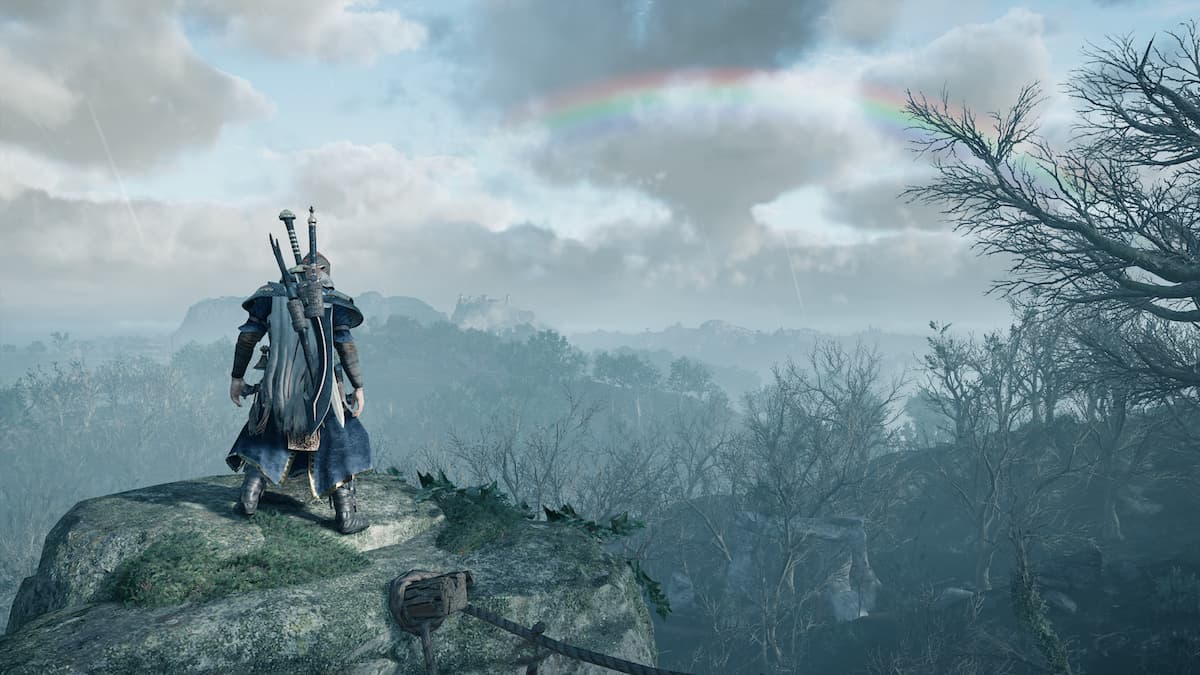 After defeating The Wren in the Potion of Blood quest, you’ll share a note discovered on The Wren’s body that you shared with Deirdre, an Irish Druid assisting Eivor and Ciara. The note spoke of The Cursed, a High Druid in the Children of Danu. The first note was the initial clue, but there are now another series of three locations you need to visit and investigate to learn the identity of The Cursed and bring them to justice for poisoning Flann’s army.

How to find The Cursed

The initial clue is the one you share with Deirdre at the beginning of the Into The Fog quest. Deirdre discloses that The Cursed has a cottage in Tuam you’ll need to investigate. It’s a small location in the southwest of Connacht. There’s a fast travel location in the south of Connacht, but you’ll have to have unlocked it to receive any use of it.

When you arrive at the village, several aggressive enemies are patrolling the streets, and it will be a hostile area. You can choose to clear them all out or attempt to avoid them and sneak through the village. The choice is yours. Your primary concern is locating The Cursed’s cottage. It will be the central building in the village, right next to the closed well. Unfortunately, it’s locked.

The key to the cottage is closer to the southwest portion of the town. You’ll find it near the guard gate, inside the village, on a windowsill. You should be able to grab it without having to steal it from any characters. Once you have it, return to the cottage, and inside you’ll learn that there is an underground entrance you need to find.

The location of the underground entrance will be southwest of the village, a short distance away. You can use your Raven to locate the entrance, which should be a large hole Eivor can jump into, and land in the water.

Follow the pathway through the cave, and there will be a large bear awaiting you. It’s better to take care of the bear now to continue your advance. Eventually, there will be a door blocking your progress, but there is a small hole in the roof to the left of it you can climb through to proceed inside. There are several enemy Druids on the other side. You’ll need to eliminate them and then free the prisoner.

The prisoner explains to you that The Cursed abducted them for their rituals. There’s a current victim about to be sacrificed at the ritual. There are two clues inside this room, one on the table closer to the door you arrived in and the second closer to the bottom floor. After finding all of the clues, you need to return to Ciara, who is to the southeast of Tuam. She will be standing next to a tree.

When you arrive at Ciara, she shares where the next ritual will take place. The quest marker will directly south of Tuam, in an area named Carnagan. You can follow the road to find it.

When you arrive at the location, you will have to investigate the area to find a creature with long claws. It won’t be far from the location you’re sent to. Shortly after that, you’ll catch a glance of the creature protecting The Cursed and have to chase after it. You have to chase the tracks, but a quest marker takes you to the same area.

Upon reaching the location, you’ll have to do battle with a Púca, a creature that appears to be a werewolf but is capable of changing its shape. After reaching half of its health, it’ll run away, and you’ll have to chase after it to learn of the ritual’s location. You can find the Púca’s tracks by using your Odin’s Vision. They should lead you northeast of your position.

Follow the tracks to Lackanscaul. There will be a good dozen or so druids here, including the Púca and the Cursed. With so many enemies everywhere, we highly recommend you keep to stealth for as long as you can, thinning the Druids, and move inward towards the circle until it is only The Cursed and the Púca left. They are the toughest foes, but they’re not too difficult without any assistance from smaller or ranged enemies. Upon defeating these two and clearing the area, you’ll enter a cutscene and have eliminated The Cursed from the Children of Danu tree.