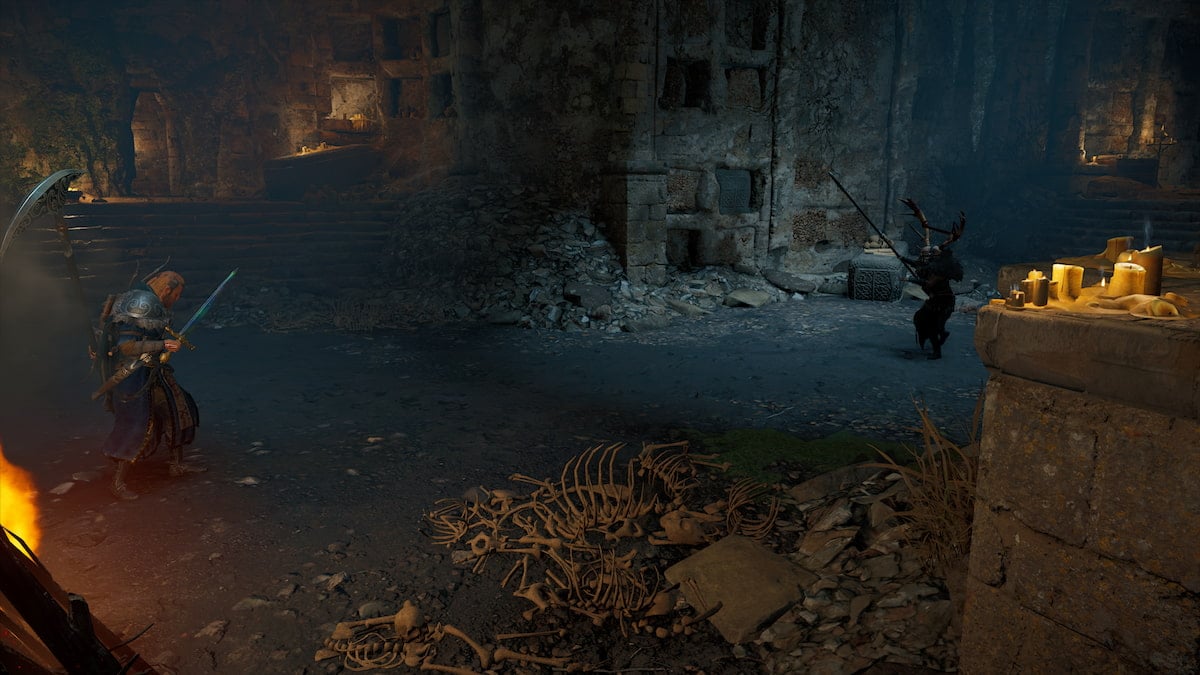 The final gear and weapon item you can find on the River Erriff is Lugh’s Spear, a powerful weapon that you can obtain in Assassin’s Creed Valhalla. Unlike the other gear pieces that Lugh has lost throughout the many river settlements, Lugh’s spear is being held by a powerful champion. You’ll need to face off against them to obtain it. Before you can receive it, though, you need to work your way through Lugh’s legend and obtain all of his armor pieces. When you have all of them, you’ll unlock access to Lugh’s Spear, and this is where you can find it.

It’ll be the final location on the River Erriff called Glennacally Fortress. It’s a massive settlement containing four different wealth points, which makes it an excellent raiding area. It’s heavily guarded Druids, and you can expect them to put up some fights, with plenty of elite enemies blocking your path. You want to make your way through the entire fortress and loot all four chests. However, none of these chests contain the spear.

Instead, the spear will be in the room with the final chest, and you’ll have to make your way to the right, where there is a small gap Eivor can slide through. Then, you’ll enter a tomb where the champion will be waiting for you. They’ll be using the spear against you, which can catch fire and ignite during combat. We highly recommend raiding farms and homesteads before making it to Glennacally Fortress to ensure you have plenty of rations on you for the final fight.

Upon defeating the boss, you’ll receive Lugh’s Spear, and you can return to Vagn.