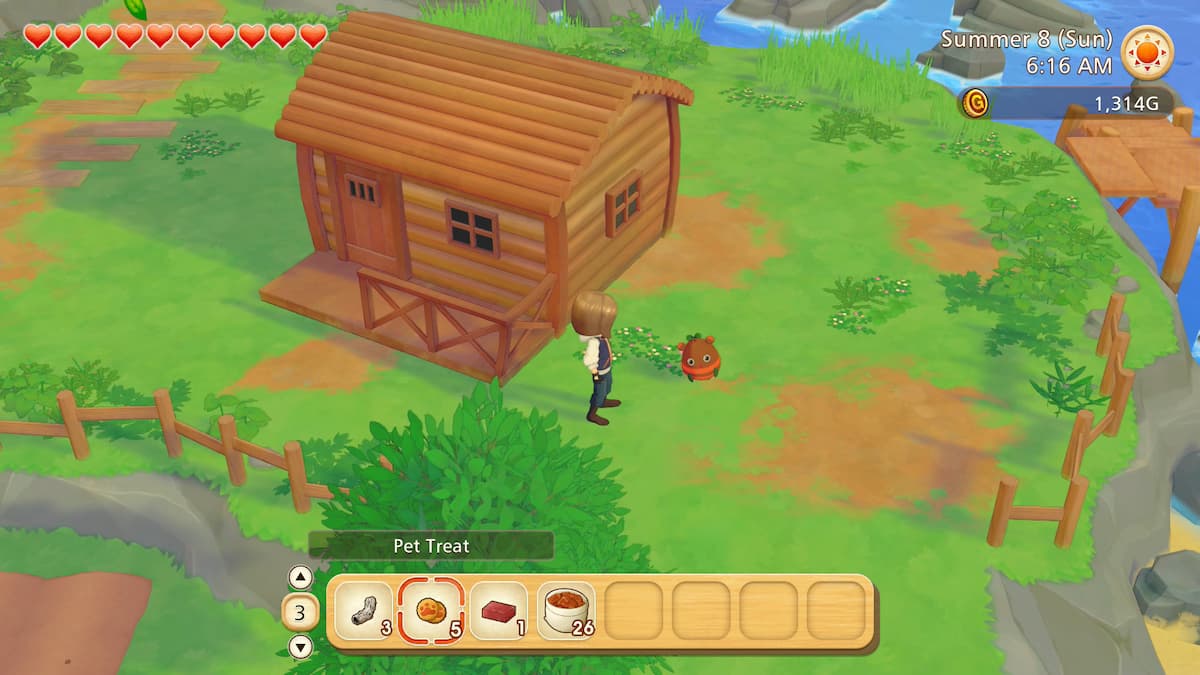 The Sprites return in Story of Seasons: Pioneers of Olive Town, although in a a different form that some players will be used to. Finding the Sprites is very different this time out, and players will need to put in some hard work on their farm.

As you chop down trees, break rocks, and remove weeds, you will notice small white creatures will appear from time to time. These are pretty rare, but should appear a couple of times a day. They will rapidly scurry off as you go about your business.

When you collect 25 of them in total, the following day a cutscene will play where you see a large Sprite and follow them to the Sprite village. The smaller creatures you were finding are Sprite Followers, and will be a large part of the game for most players.

The Village contains different Sprites that all look after different things, like logging, rock breaking, or cutting weeds, and you assign Followers to them. The followers will spend the day doing chores, then share the resources they find with you. They will also give you Sprite Coins which you can give to the Sprite Elder in the village in exchange for certain goods. When you find 100 Follower Sprites, you will be able to unlock a new Leader Sprite.

Anytime you want to visit the Sprite Village after that, you can interact with the Navi Sprite who will now be stationed just to the right of your house at the farm.