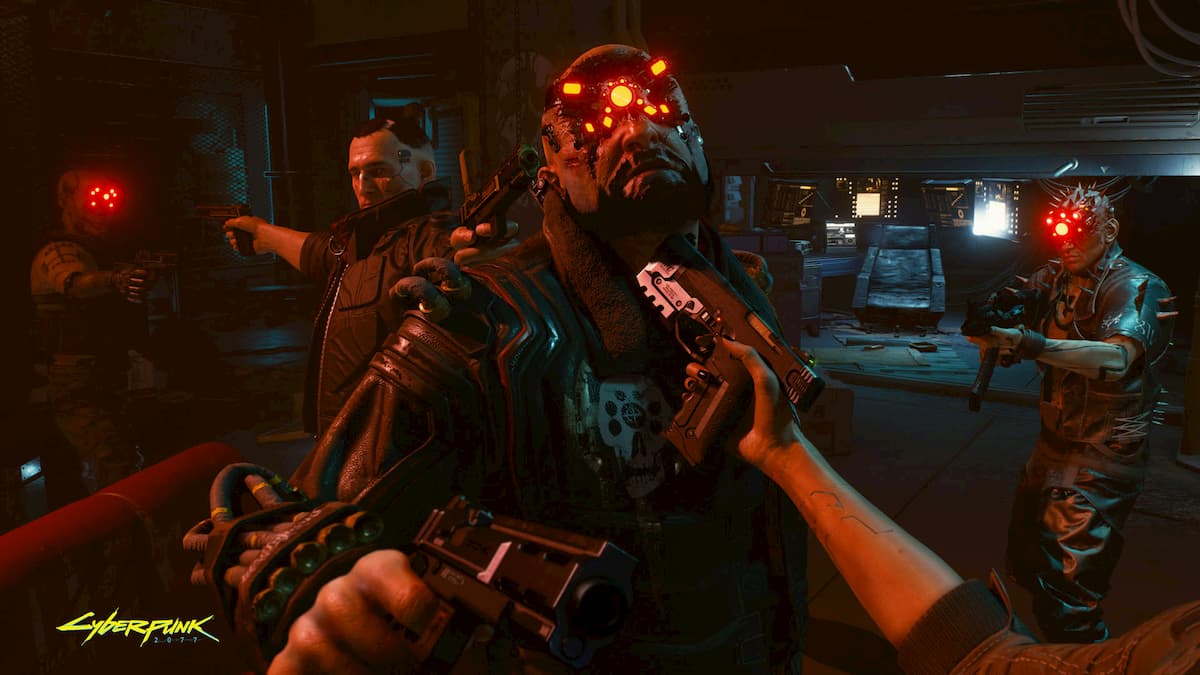 During The Pickup in Cyberpunk 2077, you will have a chance to free Brick. Brick is the former leader of the Maelstroms, he was usurped by Royce, who is a bit of a plank. If you want to pay Royce back for being such a dork while you were just trying to do business, you can do it by freeing Brick.

After you do the deal and Militech shows up, you will need to run and gun through the building. You will come to a room with two raise, glass rooms on the left-hand side. Shoot the Militech troops, then make your way up the stairs.

Inside, you will be able to see Brick through a glass door in the wall. He will be sitting rather dejectedly on a stool, his red cybernetic eyes glowing. You can’t just break in the door, however. There is a bomb attached to it, to stop Brick from breaking out.

Go into the room to the right and look on the bench. You will find a detonator and will have the option to either activate it or disarm it. If you activate it, Brick is dead, while disarming it will allow you to go back to the door and safely hack it to open it.

Head inside and Brick will admit that yes, he owes you a favor. You will be able to take advantage of this later in the game, but we are unsure of the consequences for Royce at this time. Either way, Royce was a jerk, and he will get what he has coming. Hopefully, we will be around to watch it happen.