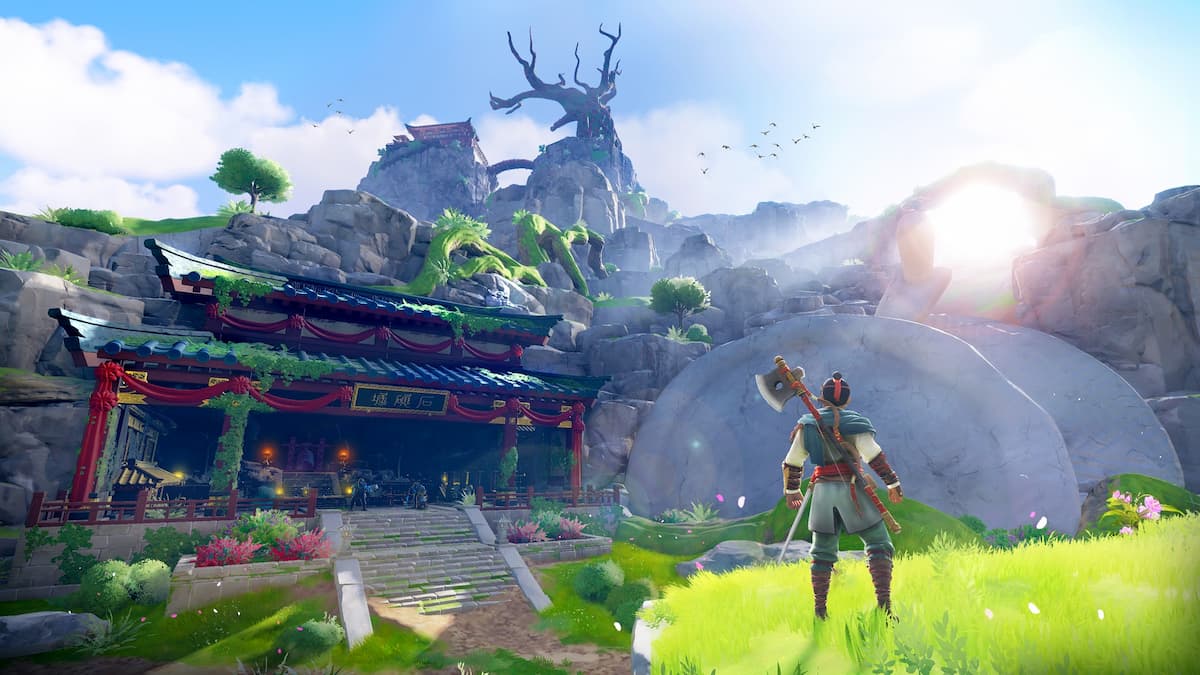 After freeing the first Dragon in Immortals Fenyx Rising: Myths of the Eastern Realm, you will need to help him to free his sister. She is trapped in the skull of a dead dragon in the same manner that he was.

Follow the waypoint until you arrive at the second dragon skull, where there will be another puzzle that you need to figure out. This one will be all about using your controlled arrow shot.

Fortunately, the solution here is not particularly difficult, it is just quite hard to see in the dark interior of the room. Stand in front of the open gap on the right side of the small building and you will be able to see a blue target in the back. You need to hit this with one arrow to spin it, moving a fan which will then catch an air current.

Now, move to the right until you can just about see the second target in the back, over to the left side of the room. The angle here is a little awkward, but it can be done quite easily if you just control your arrow and guide it into the back of the room.

Hitting this target will once again spin a fan around, letting it catch the win, and blowing a fan that will then unlock a burning brazier in front of the dragon skull. Head up to the roof of the small building and stand on a pressure plate up there to expose the strange plant.

Now, guide an arrow through the brazier to set it on fire, then send it into the toxic plant to kill it off and free Hong’s sister.