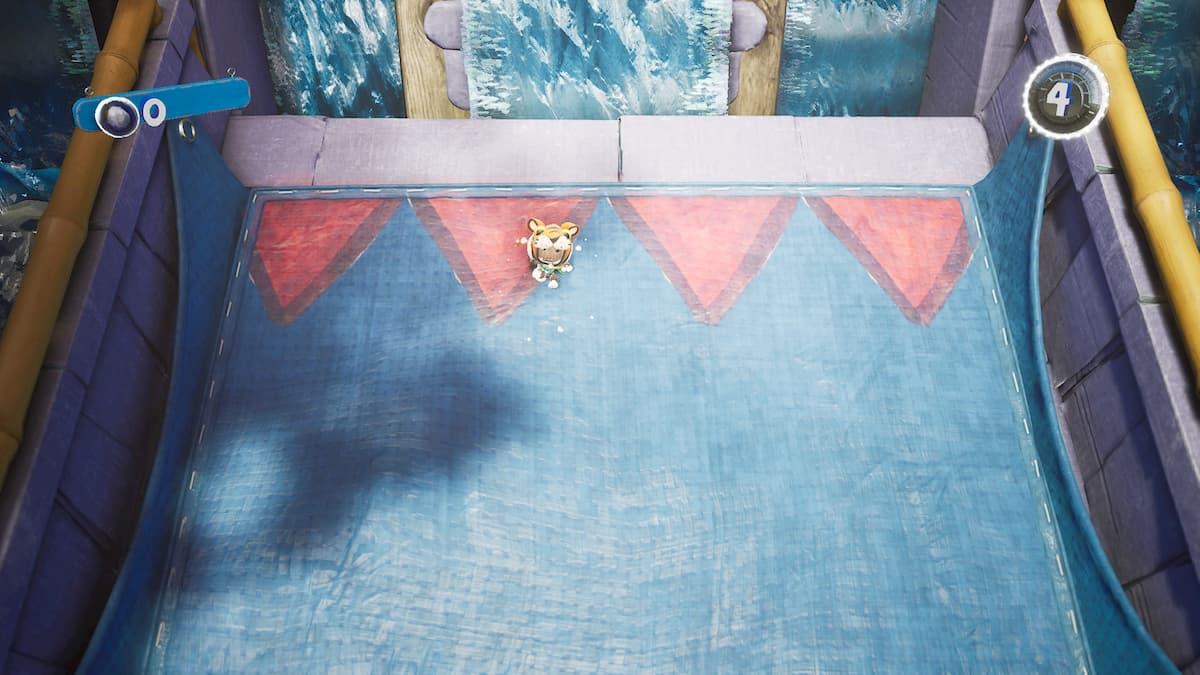 As you progress through Sackboy: A Big Adventure, the difficulty in the game begins to crank up. It’s no more obvious than in the Slippery Slope level on the Colossal Canopy World. The level contains a giant slide that will ask Sackboy to weave his way down, collecting point and dream orbs, 2x multipliers, and collectibles, all the while dodging traps and gaps.

It sounds fairly simple, but what makes the level tough for those who want to ace the game is the 4,000 orb score requirement for a gold trophy. Simply put, without ensuring a few things as you go, it’s almost impossible to reach that score.

First, if you fall off the stage at any point, then forget about finishing and start the level again. The number of orbs that you will sacrifice from losing a life is high enough that even with one fall, you’re not going to reach that threshold. And that’s before losing any active 2x orbs that you had collected essential for getting that trophy.

Secondly, when you hit the 2x multiplier, you must press down on the analog stick to go faster as you move through the orbs. Without doing this, you will not collect point orbs fast enough to be able to hit the 4,000 needed. There are two 2x multipliers across the slope and falling off will cause you to lose it, while spike traps will also slow your progress, so look out for them.

Finally, the best way to get a large boost of points is to rush to take out the spinning enemies at the bottom of the first section. If you are holding down for the speed boost, you should reach the platform quickly, where two of the monsters will be at opposite ends of the platform. Bounce on both of their heads while the 2x multiplier is still active and you will net a very helpful 700 points. Rolling over collectibles will also help to boost your number.

Ideally, you would need at least 2,000 orbs at the end of the first active multiplier to stand a chance of making the 4,000 point requirement for the end.