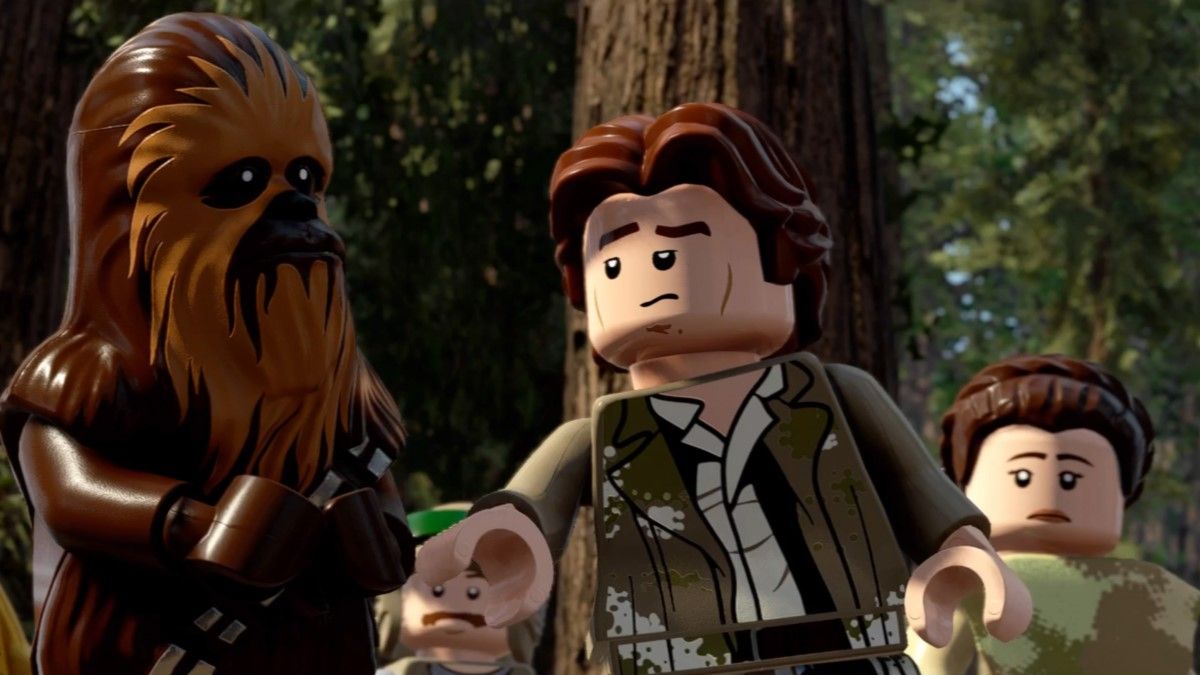 To get all the Minikits in The Chewbacca Defence level in Episode VI – Return of the Jedi of Lego Star Wars: The Skywalker Saga, you’ll need to explore the level thoroughly and complete a few extra objectives. Three of the five Minikits can be found on Story mode, but to get the other two, you’ll have to replay the level on Free Play.

Related: How to complete Sweep the Legs Challenge in Lego Star Wars: The Skywalker Saga

As soon as the level starts, turn around and destroy the white boxes. Use the debris to build a switch, then pull the switch. Shoot enough targets within the time limit, and the first Minikit will appear in the middle of the “whack-a-mole” board.

The second Minikit requires you to free three prisoners, which can be found all in one go if you build the Ewok Horn after the first Stormtrooper encounter (shoot the branches above the nets to release them):

Get the third Minikit replaying the level on Free Play, and make sure you build the Ewok Horn, not the Wooden Hammer. To the left of the bridge where you encounter the second Stormtrooper squad, use a Jedi or Dark Side character to cut a hole in the base of the large tree. Go through, and smash every object lying around near the head of an AT-ST. Use the debris to build a console, then switch to a Villain character (or Hero in disguise) to release the Minikit from the AT-ST head.

You’ll also need to play on Free Play, and build the Ewok Horn, to get the fourth Minikit. Near the third Minikit, there are three crates that you can stack by switching to a Jedi or Dark Side character and using the Force to move them. Climb the stack of crates to reach the Minikit.

To get the fifth and final Minikit, you need to shoot all three of the Scout troopers on speeder bikes during the section in which you commandeer an AT-ST. This is quite tricky, as the speeder bikes move fast, while the AT-ST turns slow. But just be patient and learn the flight paths they always use — and don’t destroy all four AT-STs until you’ve got all the speeder bikes. Once you’ve got all five Minikits, you’ll unlock the Imperial TIE Interceptor (Micro).