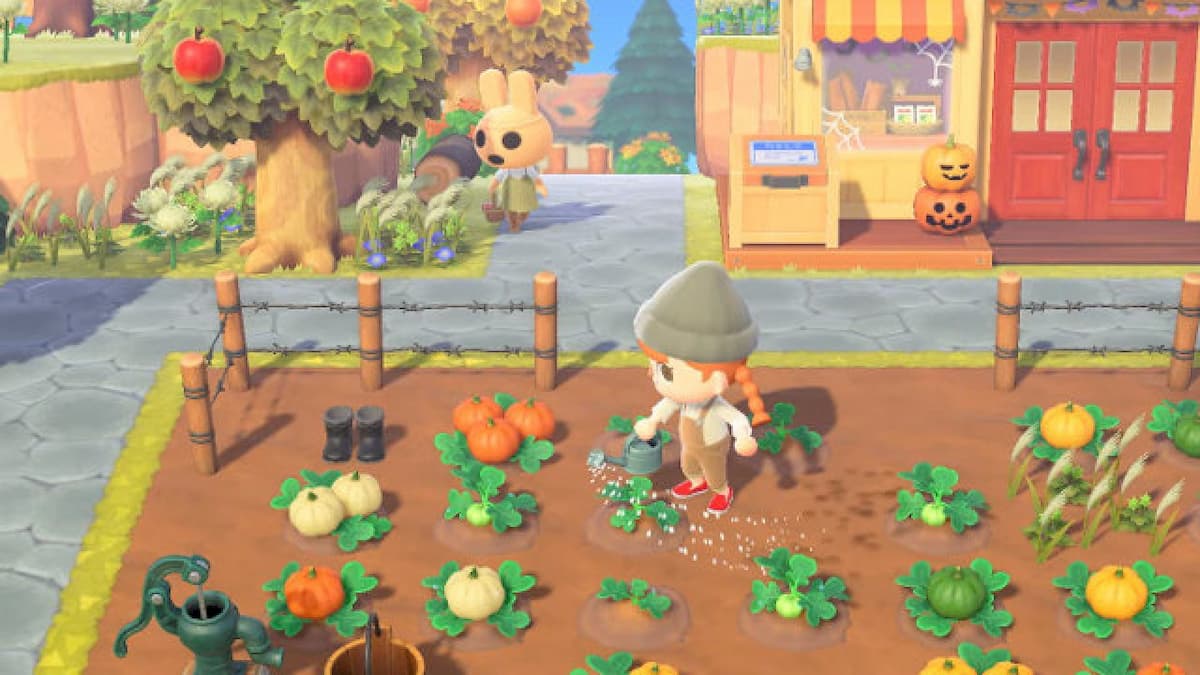 Nintendo has been actively adding content to Animal Crossing: New Horizons, ranging from events to DIY items to underwater exploration, and a whole lot of other things. As Halloween draws closer, Nintendo has announced the Fall update, which will be adding Halloween-themed goodies into the game.

The Fall Update will be bringing pumpkins into Animal Crossing: New Horizons, and players can start growing them as soon as the update launches on September 30.

To grow pumpkins, players need to get the pumpkin seeds first. These can be obtained in Nook’s Cranny. Alternatively, players can also buy the seeds from Leif. There is no certainty about when Leif will appear on your island, so getting the seeds from Nook’s Cranny is your best bet.

Once you have the seeds, simply plant and water them, and you will have your pumpkins ready in no time. Pumpkins can be used for cool DIY projects that you can use to decorate your island.

Pumpkins are one of the many things the update will be adding to the game. Players will also get access to new Halloween costumes, while Jack, the “czar of Halloween,” will also be making his entry into the islands. With so much content slated for the upcoming update, Animal Crossing: New Horizon fans have a lot to look forward to.