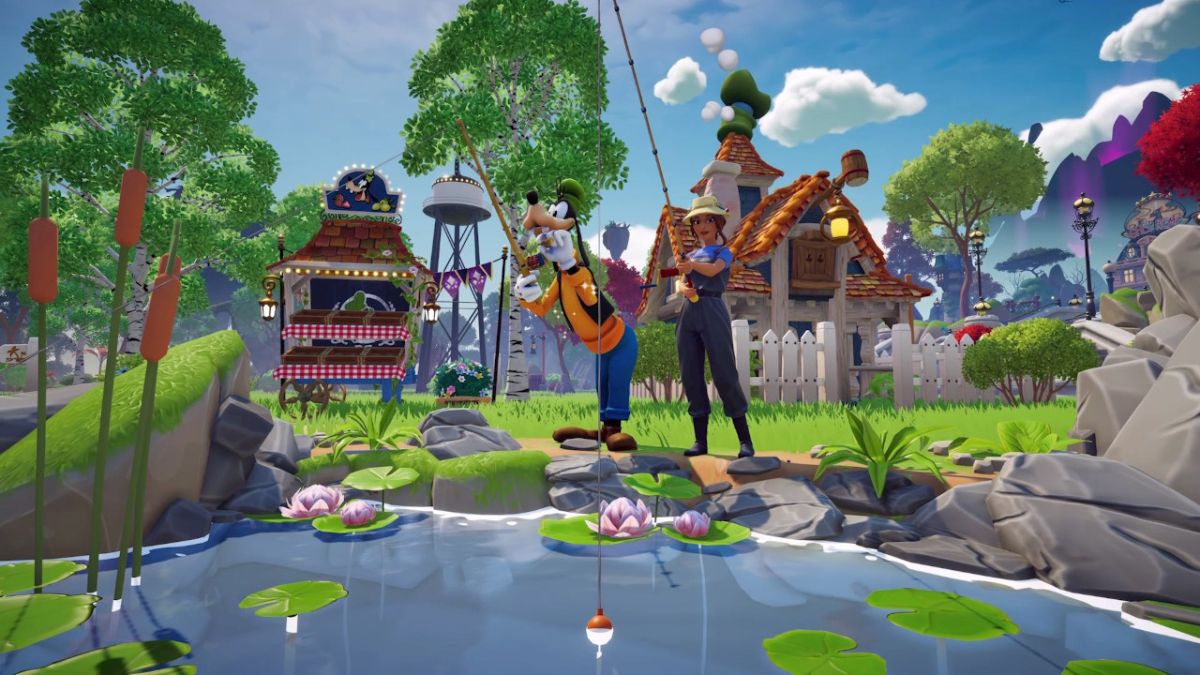 Disney Dreamlight Valley, similar to Animal Crossing, features a wide range of tools for you to use and land to renovate to make your own. These tools are used to gather materials, clear new paths, and uncover secrets long forgotten by the world. Of course, these tools aren’t available right away. You need to find them first. Here is how you get and use the Royal Tools in Disney Dreamlight Valley.

Where to find the Royal Tools

Not long after starting the game and gaining access to your home, you will be tasked by Merlin to find the Royal Tools. These four tools are scattered about the plaza and the meadows but you don’t get told where they are.

The Shovel is also found in the plaza area of Dreamlight Valley. After leaving your home, go to the opposite side of the plaza. You will find the shovel between a lamp post and the Chez Remy building.

The last of the Royal Tools can’t be found until you have received the Pickaxe. Once you have the Pickaxe, go down the stairs from the plaza to the meadow. The stairs can be found to the right of where you found the Pickaxe. Break the rocks at the bottom of the stairs and go over to the nearby pond. You will find the Fishing Rod next to the pond. After picking it up, you will start a new quest where you need to speak with Goofy. After interacting with Goofy, you will get a new Fishing Rod that you can actually use.

How to use the Royal Tools

Each of the Royal Tools is used for a different purpose. To access the tool wheel, press ZR on Switch, R2 on PlayStation, or RT on Xbox. With the tool menu open, select the tool that you wish to use and it will appear in your character’s hands.

The Shovel can be used to dig up various objects and create holes that you can use to plant seeds. The Pickaxe is used to break rocks to get ores and gems. The Fishing Rod is used in the ponds to gather fish. Finally, the Watering Can is used to tend to your garden and the various plants around Dreamlight Valley. Press the Y button on Switch, X button on Xbox, or square button on PlayStation to use the tool that you have equipped.