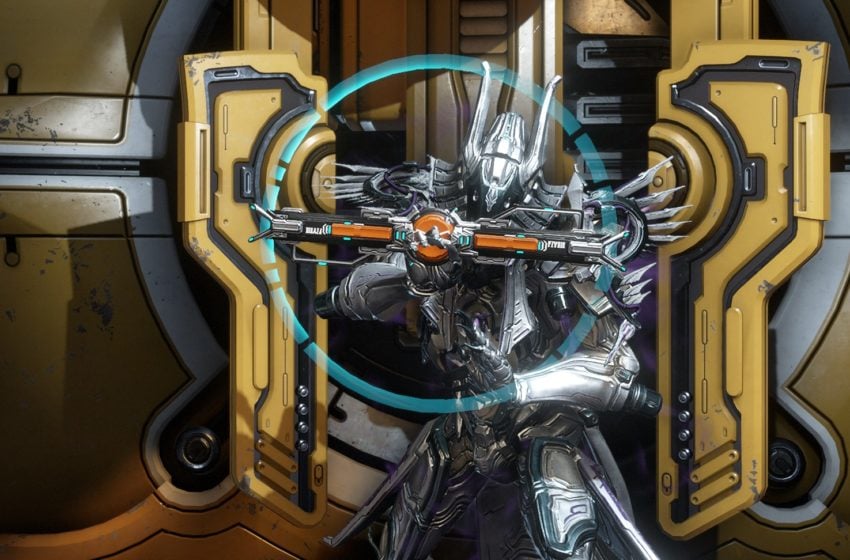 You will receive the main Blueprint for the Xoris from Nef Anyo after the third mission in the Deadlock Protocol quest. You will need to get three parts to build the Xoris, which can be obtained in the fourth quest mission. This mission takes place on Valac, Europa. This is a Spy mission, so bring a stealthy Warframe and some Ciphers for the hacking that you will need to do.

During this Spy Mission, you will get all the parts to build the Xoris from the three vaults you need to hack, and must then return to the Orbiter to build it. All three vaults must be successfully hacked or the mission is failed. The Xoris has a build time of 30 seconds.

The Xoris has high Slash damage, and great Critical Chance and Critical Multiplier stats. You can also throw the Glaive as a heavy attack, and it can bounce between three different enemies before returning to you.

The main use of the Xoris is during the fifth Deadlock Protocol mission. You will need to fight Protea and a group fo Specters in the Granum Void. The Xoris can be charged by hitting three Specter ghosts, then it can be used to interrupt Protea’s attempt to turn back time by throwing it at her during her ult, and hitting the attack button while it is in flight to cause a temporal explosion. This will only work when the Xoris is fully charged.

A fully charged explosion can also be used to free captured members of Vox Solaris.