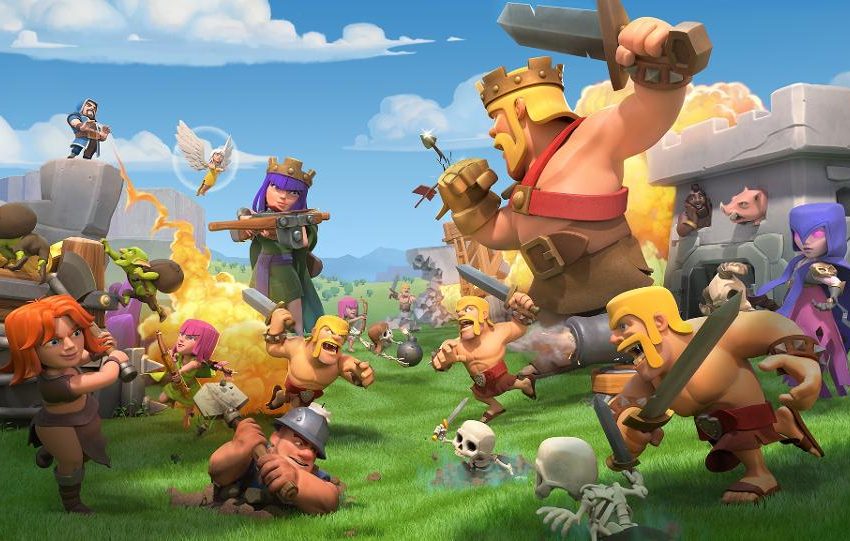 Gems in Clash of Clans are the game’s premium currency, something that you can use as a way to speed up completion of almost anything, finish buildings completely, or buy all manner of good stuff from the shop to help you with running your village. They also help to recruit more builders for your village, meaning you can get more of the work done in your village while you go about your day.

They can be purchased with real money from the store, but there are actually plenty of ways to gain gems without needing to pay a cent. They will all require some work, but nothing that goes too far out of your way to obtain.

Here are ways to get free gems in Clash of Clans

The first and easiest method is the achievements in the game, which offer both XP and gems on every achievement. There are also three tiers to each achievement, meaning that each one will garner you some gems to use.

The reason this is easy is that most of the achievements will come from simply playing the game. Upgrading to bigger and better buildings, completing the single-player missions, removing obstacles, unlocking certain troops, stealing a certain amount of gold and elixir from other players are all just some of the ways to do it. You can find what you can do and unlock gems for each one on your profile page and scrolling down. If you’re patient with using gems, you’ll gain more than enough through this alone to eventually add that fifth villager.

As mentioned above, removing obstacles is just one of the achievements that you can work on to gain gems through achievements. But obstacles are also very handy sources of gems themselves.

Obstacles are all of the immovable elements of trees and stones in your villages that cost elixir and gold respectively to remove. However, they also have gems hidden in them. You won’t get gems from every obstacle that you remove, but it can be as frequently as every other one. They also respawn periodically on both your home village and builder base, so there’s a steady stream of them to remove. It will require a vacant builder to remove them, but they all only take a few seconds to complete. If you want gems consistently, work on the obstacles!

Speaking of the builder base, this extra camp can be unlocked as you play by using the boat at the bottom of your home village. This will take you to the faster PvP-focused Builder Camp. Here, you can play matches against others in fast-paced combat one verses one, and upgrade units and building as you normally would.

This camp has plenty of trees and stones that you can remove for gems, but it also has a building in ruins to begin with called the Gem Mine. As you might expect, it works exactly like the other resource farms and generates gems over time, which you can upgrade to improve the speed that it collects them. It’s an easy way to guarantee a consistent stream of gems coming into your coffers.

If you’re in a clan that’s active and participates in clan wars frequently, more specifically in Clan War Leagues, you may find that any wins that your team has adds to your League Medals tally as a reward for your efforts. These are very useful as ways of purchasing potions and boons for your home village that can do many things, from increase the builder working speed and resource generation, to hammers that allow an instant upgrade to various things within your village, such as building or unit upgrades.

However, sometimes, gems are just more useful. That’s why you can sell them. They don’t all generate a huge amount of gems, and sometimes the magic item may be a better long term option, but the ability is there if you have some spares available. Events and clan games are some of the easiest ways of earning these items.

The game usually hosts events frequently, many of which offer rewards for completing certain challenges. These are sometimes accompanied by certain perks, such as speed or cost discounts on troops and spell brews, or added extras.

The rewards on offer will depend on the event that’s taking place, but there’s usually either Magic Items that you can use on your town or sell for gems, or will offer straight gems as a reward. The gem rewards are less frequent, but they are a good source of extras that will be able to generate gems for your resources.

This is not a direct method of getting free gems and is only accessible to Android players, but for those in countries that support the Google Rewards program, you can take part in occasional short surveys that will add to your Google Play Store credit with the Google Opinion Rewards app. They don’t ask for any personal information, and you can answer as you wish. The more that you participate, the more frequently you should be sent surveys.

This is usable on more than just Clash of Clans too. It adds to your Google Store credit, so you can use it on anything in the store. However, as you can purchase gems from the in-game shop using credit from your Google account, the rewards program can directly contribute towards purchasing gems in the game without actually paying any real money. It will take some time to build up enough credit, but it’s a quick and free resource for you to use.