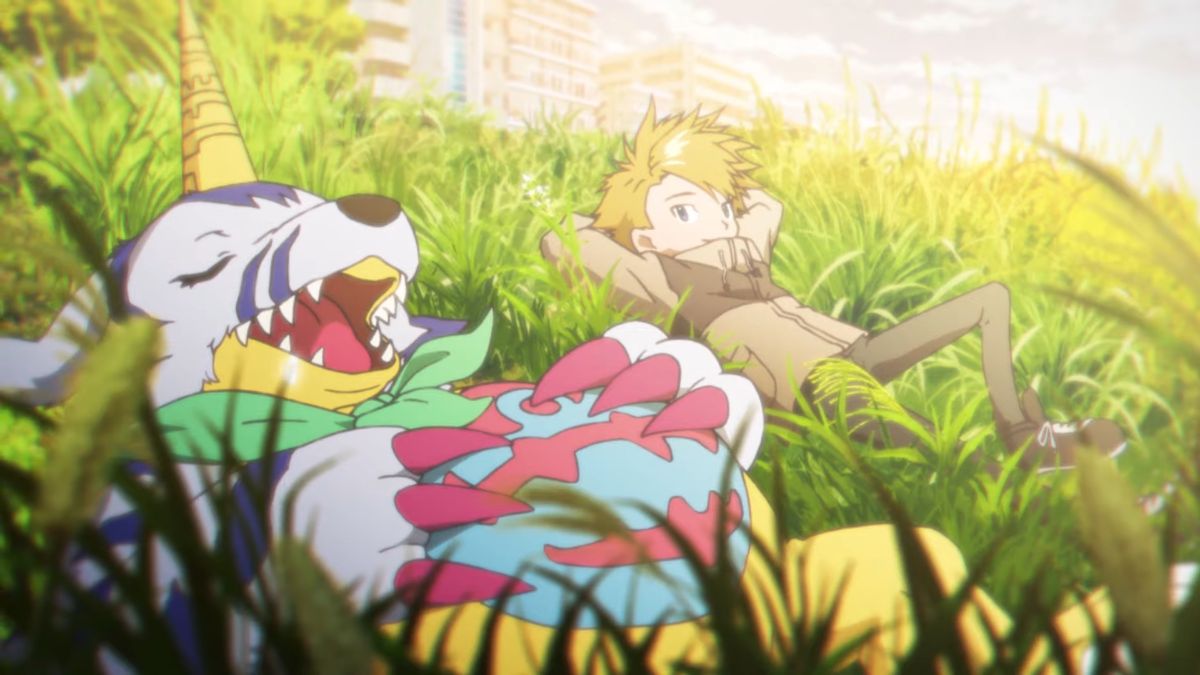 Gabumon was one of the original seven main Digimon from the first Digimon Adventure anime, and he returns to the franchise as a recruitable party member in Digimon Survive. Gabumon is a lizard creature that wears the cloth of a wolf-like monster with his personality based on being a loyal dog. He serves a vital narrative function in Digimon Survive, and you must get him to join your team. Here is how to get Gabumon in Digimon Survive.

Where is Gabumon in Digimon Survive?

Gabumon is actually one of the first Digimon you play when you start the game. He and Renamon fight against an unknown dark creature while trying to protect Haru and Miyuki. However, you don’t get to keep Gabumon and Renamon in your party after this moment. The opening battle with the shadowy figure acts as a tutorial to give you the basics of battling.

Related: How many endings are in Digimon Survive?

Gabumon will join your party later in the game as a partner Digimon, but you can potentially recruit a random Gabumon much earlier. When exploring areas, pull out your phone with the right trigger button, scan the room with your phone’s camera and if you spot a distortion, interact with it. Interacting with the distortion will give you a new item, or a Shadowy figure will pop out. Fighting the shadowy figure will lead you to a battle with several enemy Digimon with Gabumon potential being one of them.

How to recruit Gabumon in Digimon Survive

Below is a table with the best responses to give him when talking: