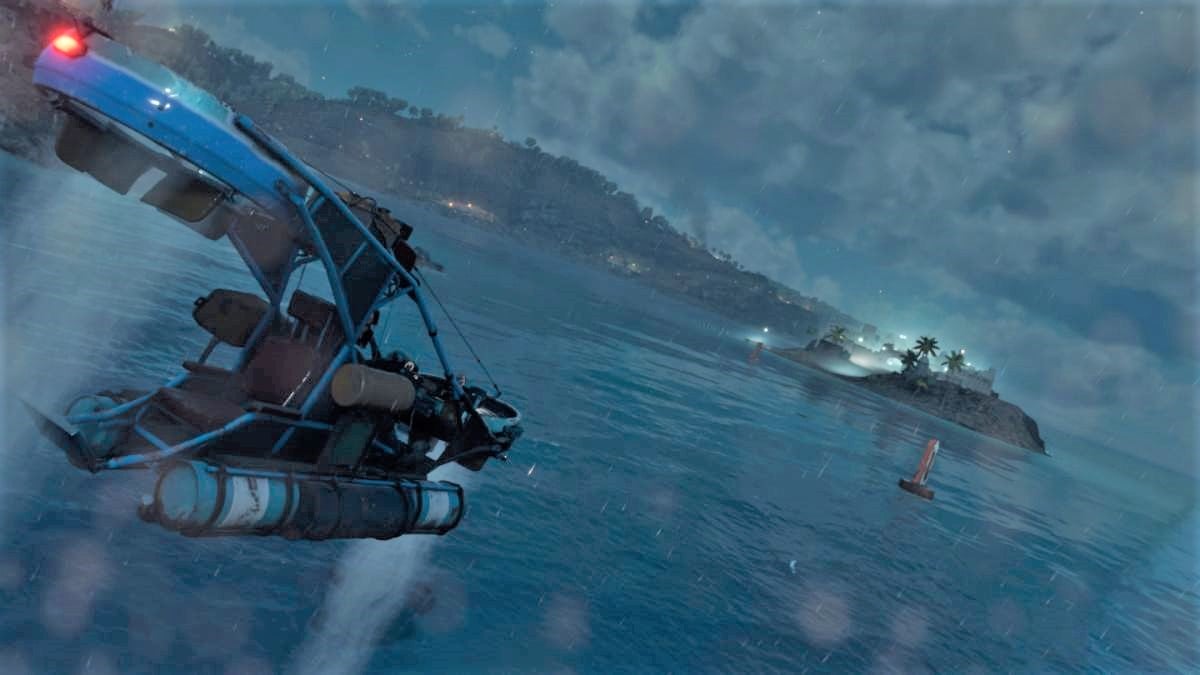 Getting into anti-aircraft site PSI is a lot easier if you use the Avispa Buzzer to reach the Toledo Bay island on which the site is located. Find the Avispa Buzzer at Hideout Bolero in Sierra Perdida, El Este. It’s on the path that curves around behind the camp.

From there, do not fly directly toward anti-aircraft site PSI. Instead, fly southeast until you reach the coast, then descend to just above sea level, and head east toward the PSI site. You’ll receive warnings that you’re in restricted air space, but as long as you stay very low, anti-aircraft site PSI won’t attack.

Park the Avispa Buzzer on the shore in front of Fontana Fort, then sneak up the slope and deal with the two soldiers near the cannons. Then return to the Buzzer and drive it (do not fly it) up the slope to the wall. Now, quickly “hop” over the wall to get into Fontana Fort. If you go up, forward, then immediately down, the SAM unit won’t have time to target you. Deal with the soldier in this courtyard (quietly, if possible), then get the depleted uranium inside the tent.

Get back in the Avispa Buzzer and approach the second wall on the ground before hopping over it just like before. There are many soldiers in the next area, so stay to one side as you hop over to avoid being surrounded on all sides. You are now inside anti-aircraft site PSI. All you need to do now is take out all of the guards, a helicopter, and the SAM unit itself.