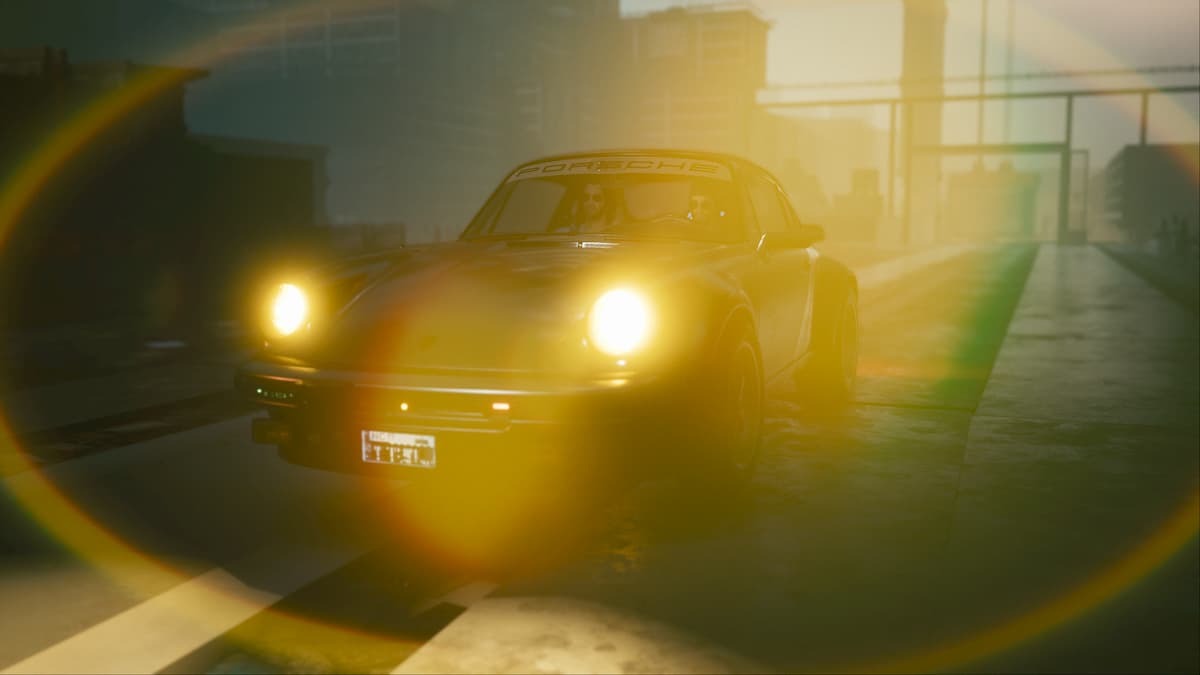 The Chippin’ In quest in Cyberpunk 2077 is all about exploring Johnny Silverhand’s history with rogue, and the score the two have to settle with Adam Smasher. Johnny had several iconic items in his life: his Samurai jacket, his gun the Malorian Arms 3516, and his car, the 911 II (930) Turbo. You can receive all of them in Cyberpunk 2077, and complete the Johnny Silverhand look. While the Samurai jacket and pistol are things you receive directly, the Porsche can be missed if you don’t directly see it.

The quest, Chippin’ In, occurs during the third act of the game. If you have not reached this point in the game, you will be unable to access it.

The opportunity to acquire the car occurs at the end of the quest when you face off against Grayson. When the battle is finished, and you have Grayson’s dialogue, go through it until you reach a point where you have the option to hear what he has to say about a final Johnny Silverhand item. The choice is to draw your gun on him or lower it. If you lower your gun, he tells you there’s something of Johnny’s on the ship and gives you an access key. The quest shows you where to activate that key on the ship, and a crate lowers. Inside is Johnny’s Porsche, and it’s yours now, free for you to ride around.

For those who raise your gun to Grayson, don’t worry. You can still grab the vehicle. But you don’t receive instructions. Instead, after killing Grayson, loot his body to find the access key. To the left of where you’re standing, there’s a platform next to a ladder. Climb up it, and you can lower the container down to find the Porsche as if the quest had shown you all of the steps.

You can complete the rest of the quest and find Johnny’s corpse somewhere in the oil fields.