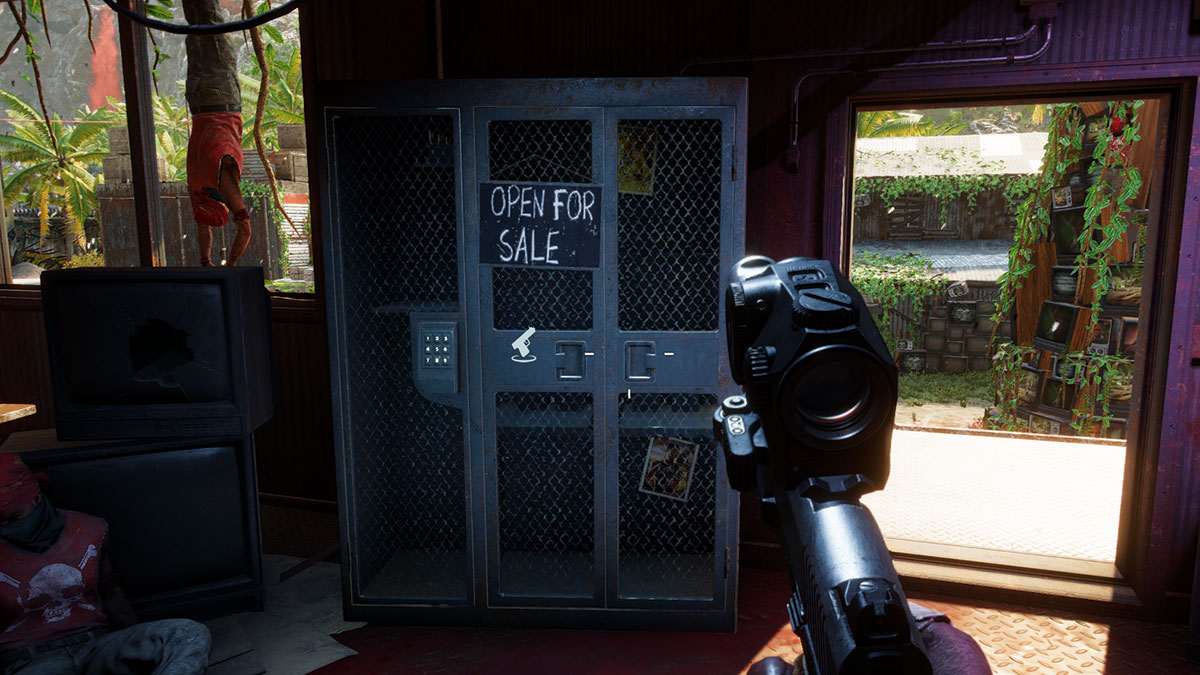 Far Cry 6’s Vaas: Insanity DLC will send players on a trip through the mind of the series’ best villain to date. Level play out like a roguelike nightmare, as players need to gather pieces of a knife to escape the trap of Vaas’ mind. Players can earn buffs and upgrades that they will bring with them, but weapons and cash will be lost when they die.

The first thing players will need to do is get more weapons, and to do this they will need to visit specific shrines. Here, they will find chests with a dark red glow coming from them, and if they interact with them, waves of enemies will start to attack. By defeating a set number of these enemies, players will then be able to get access to whatever weapon the chest was protecting.

After that, players can open their inventory and go to the Arsenal tab where they will be able to equip the weapons they carry to their various weapon slots. However, when they die, players will need to purchase the weapons from a weapon locker at one of the safe camps spread around the map, such as the one you start each run in.

You can also upgrade the weapons at their camps, by interacting with the weapon locker and selecting the weapon, then hitting the prompted button for an upgrade. This will equip extra attachments and cause the weapon to do more damage.