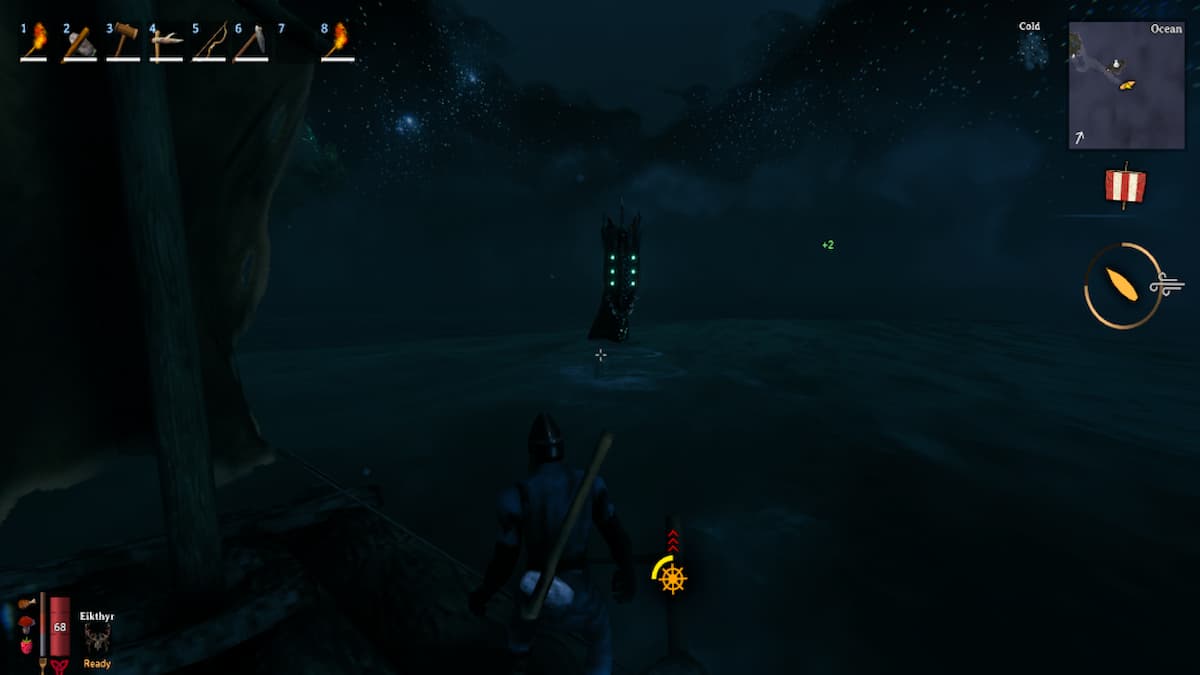 You can obtain serpent scales in Valheim by tackling one of the more formidable, elusive creatures roaming the ocean, the sea serpent. It’s a massive creature that is consistently on the hunt for boats foolish enough to wander through their territory unprepared. While players might find it easy to take down the large serpent, acquiring the scales is another task because they drop to the ocean floor’s bottom, unlike the creature’s meat.

How to find the sea serpent

The sea serpent is a wandering predator patrolling the ocean in Valheim. You can typically find it using any of the boats, but we recommend searching for it using the karve or longship. These ships can withstand several hits from the serpent and make it easier to chase after it.

Although you might be searching for the serpent, chances are it’s going to find you first. When you enter its territory, the serpent shows up behind your vessel and will attempt to chase you down. Because it remains in the sea, you’ll want to have plenty of arrows and a trusty bow at the ready.

When you’re trying to get the sea serpent’s scales, you need also to make sure someone has the abyssal harpoon. You can learn how to craft this by harvesting the abyssal barnacles on the top of the kraken, another fearsome creature in Valheim, but it doesn’t attack you. The worst thing it does is retreat into the ocean after you’ve harvested a few of these barnacles, which becomes chitin that you can use to make the harpoon. The harpoon is extremely critical when battling the sea serpent.

How to get serpent scales

The main trick to acquiring the serpent scales is catching the serpent with your harpoon. You treat it like a bow, throwing it at the serpent, and if you notice it, a large line connects you to the monster. You won’t be able to reel it in like a fishing pole, but the one controlling the ship can drag it to shore. When it reaches water where you can grab items, that’s when you kill it. If you kill the serpent before it reaches a sandbar, the scales will float to the bottom of the ocean, and you can’t get them, but the creature’s meat still floats, meaning it’s not a complete loss.

It’s not too terribly tricky to catch the serpent. When you have its scales, you’ll be able to craft the serpent shield, which is a powerful, tall shield you can use in your off-hand when wielding a sword, mace, ax, or a spear. You need eight scales to craft the shield, and you must have a level three forge.