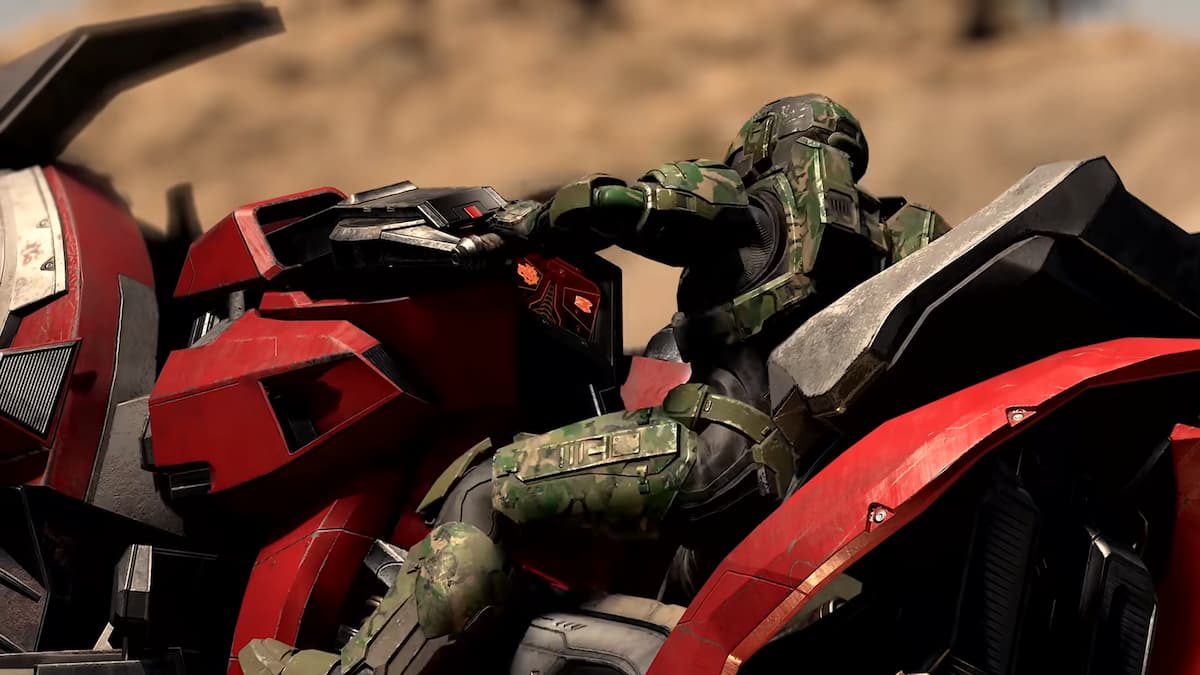 Tanks are some of the most difficult vehicles to take down in Halo Infinite. While they are slow, they feature some of the best defenses you can have, and if you manage to grab one in the Halo Infinite multiplayer mode, you’re essentially set for a game. But you become a massive target. Not every map features tanks, though. Here’s what you need to know about getting tanks in Halo Infinite’s multiplayer.

There are two notable tanks you can drive in Halo Infinite’s multiplayer. There’s the UNSC Scorpion, and the Convenant’s Wraith. The Scorpion is likely the more common, straightforward version of a tank with a massive cannon that you can use to deal heavy damge to other vehicles and AoE damage to infantry fighters. The Wraith is slightly faster, and features an arc cannon that fires out plasma to splash against enemies, dealing massive AoE damage.

You can only find these massive vehicles in specific maps, specifically in the Big Team Battle playlists. These vehicles do not spawn like the Warthogs, Ghosts, or the Mongooses that appear on the map. Instead, these large vehicles are brought in by Pelicans, and your Spartan’s AI will talk about it when it arrives. Similar to ordience drops for special weapons, the tanks and larger vehicles have a chance to appear during the match. The Big Team Battle maps include Deadlock, Fragmentation, and Highpower. But we’ve primarily seen them spawn in Highpower.

These are not guarneteed to appear during your game, and there’s a random chance for a Wraith or Scorpion to appear. You might also hear about the Brute’s Chopper or the Gungoose appearing, but those are much smaller vehicles that don’t feature as hefty defenses. Tanks typically appear when a single team is doing better than the other, and it appears on the losing side’s starting area of the map. Despite showing up in these locations, there’s a decent chance it can be stolen by an enemy team member.