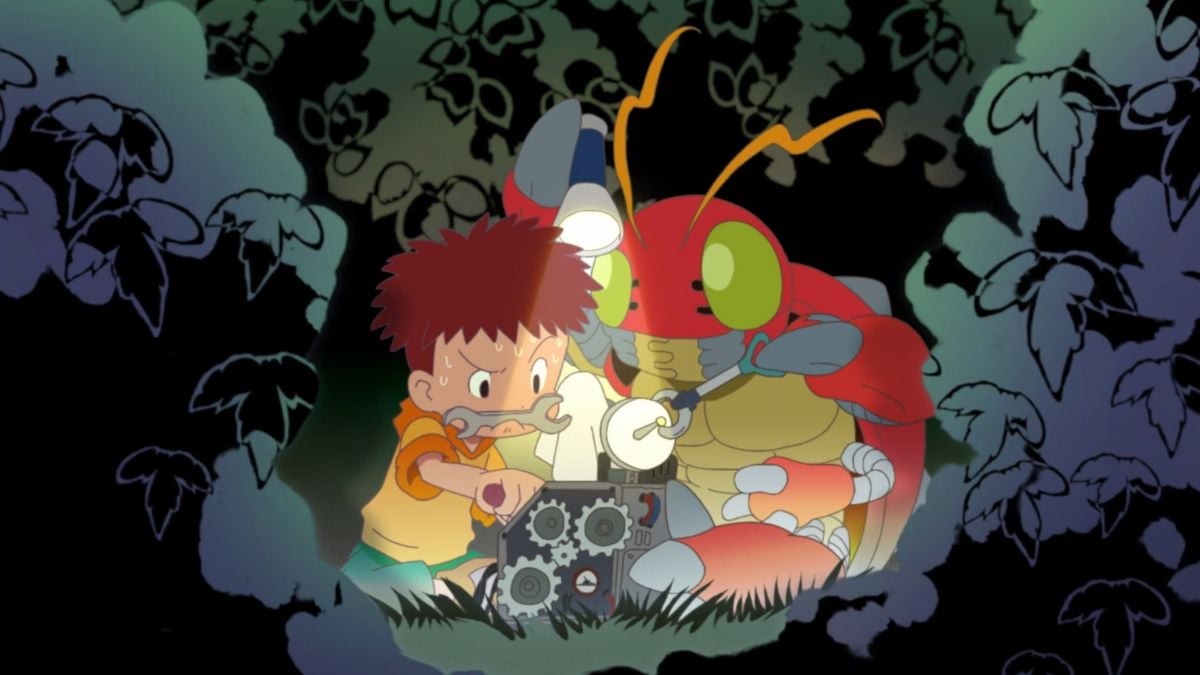 Tentomon is the bug Digimon that was one of the seven main Digimon in the original Digimon Adventure anime, and he returns as a recruitable party member in Digimon Survive. He is known for being the most logical character in the cast and helped ground his more intellectual human partner in Adventure. There’s a unique way to recruit Tentomon that is different from most other Digimon recruits in Survive. Continue reading to learn more on how to get Tentomon in Digimon Survive.

Where is Tentomon in Digimon Survive

You can recruit Tentomon in Part 7, but not through typical means. You won’t face Tentomon in Free Battles, and he isn’t a partner Digimon that joins you during the story. When in Free Action, head to the Shrine. Interact with one of the clusters of flowers on your left, and you will notice something odd. Agumon may suggest using your camera. Take out your phone camera with the right trigger and interact with the flower clusters again.

Related: Should you treat the injury for Biyomon, Patamon, and Palmon in Digimon Survive?

You will discover an injured Tentomon in the flowers. After having a brief conversation with the Digimon, you’re allowed to give a response. From the responses given to you, go with the “Come with us?” option. Tentomon will then see you as not a threat and join your party. You don’t need to fight him or anything. He joins your team of his own free will. It’s similar to how to get Gomamon in the game. You can miss Tentomon if you don’t go to the Shrine as soon as you can because the Shrine will be inaccessible later on in the part, and Tentomon will not be in the Shrine again after Part 7.

Can you get Tentomon any other way in Digmon Survive?