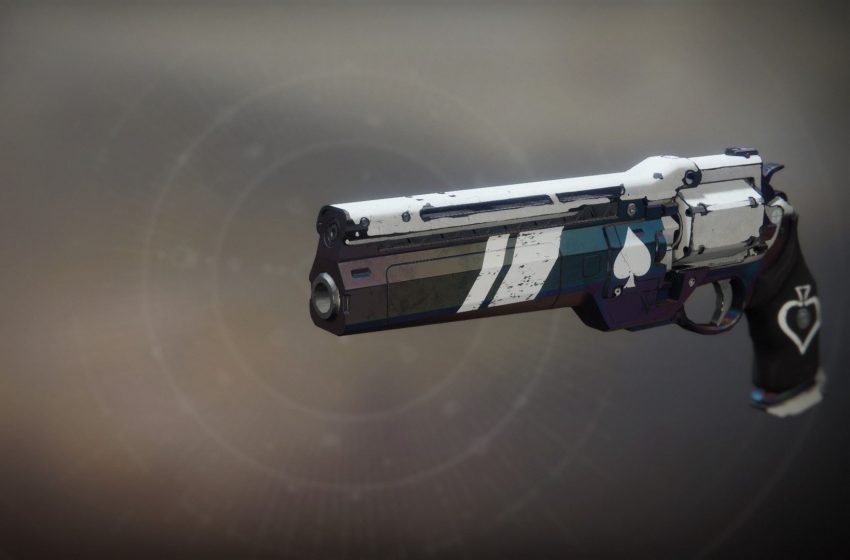 The Ace of Spades is a powerful Hand Cannon in Destiny 2. This fantastic weapon was used by Cayde-6 and can be obtained through the Cayde’s Will quest. Even though it is already a great weapon, you can also get a Catalyst for it, to make it even more powerful. Catalysts are potent additions to Exotic weapons in Destiny 2. When found, they can be added to the gun, then charged by completing a small quest. When fully activated, they bestow a unique benefit to the weapon. You find catalysts by doing many different activities in the game, although not all Exotic weapons currently have Catalysts.

You can grab the Ace of Spades catalyst by getting kills during, and completing, Nightfalls or Strikes. It can drop as a reward at the end of the activity.

When the catalyst fully charges, the weapon also becomes Masterworked and generates Orbs on multikills, and gains a tracker that will display the number of enemies defeated with it. To fully charge the Ace of Spades Catalyst, you will need to get 500 kills with the weapon. These kills can come from any activity in the game; they do not need to be obtained in the same activity where you found the catalyst.

When you complete it, the catalyst will increase the damage caused by Firefly explosions when the weapon’s Momento Mori perk is active. Memento Mori is activated by reloading after getting a kill and will grant increased damage to the next rounds fired by the weapon. It will also allow you to have active radar while aiming down sights.

The Ace of Spaces is a fantastic weapon as it stands, that feels fantastic to use, and will annihilate most standard enemies in the game. The catalyst adds even more kick to the Firefly explosion you get on precision kills, making it even better, and turning it into a best-in-class weapon when it comes to dealing with mobs.