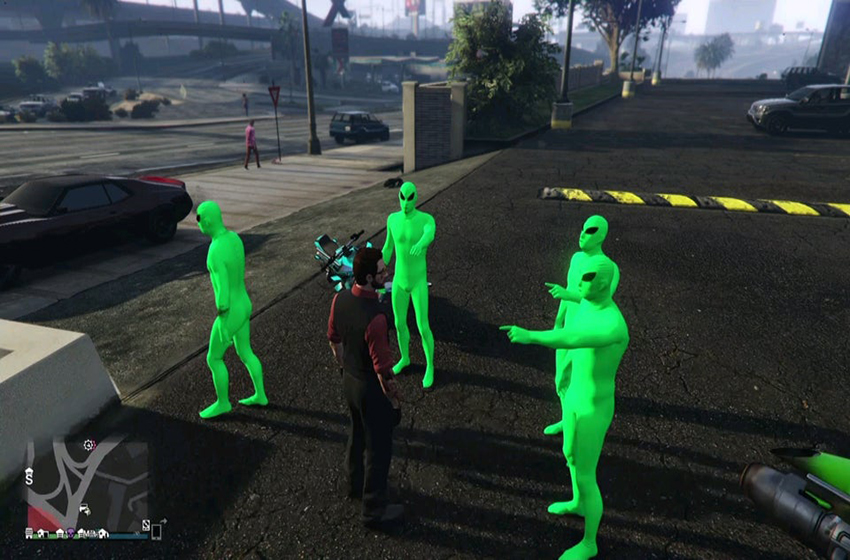 A new trend in Grand Theft Auto Online sees a bunch of people grouping together to grief other players in Los Santos. Okay, maybe that is not new itself, but the way they are doing it is a little bizarre. They are donning a neon green alien bodysuit and attacking anyone not in them.

Want to join in on the extra-terrestrial shenanigans? Read on to figure out how you can get your own alien bodysuit.

How to get the alien suit in GTA Online

To get the alien bodysuit, all you need to do is go to any store that sells clothes, so even stores like Ammu-nation count. Go to the Outfits section in the store you are in, navigate to Outfits: Arena Wars, and select Bodysuits. Scroll down to the Green Martian Bodysuit that you can buy for $358,000 (or there is a purple variant you can buy for $330,000, but it is the green one that people are ganging up in).

Over $300,000 is quite a chunk of change for the casual GTA player, so if you have not logged into the game in April yet, Rockstar is giving everyone $500,000 for free. If you have already spent that money, check out our How To Make Money In GTA Online guide so you are not spending real-world money on this digital currency.

Another means of getting the Green Martian Bodysuit is to get the Arena War trade price unlocked for it by playing that mode. Doing so this way will make the outfit significantly cheaper but will take a good deal of playing Arena War to do so. In that time, you could be ganged up on numerous times.

Now that you have the Green Martian Bodysuit, what do you need to do to join the gang? Well, actually, nothing. If you want to, you can join the Intergalactics Inc. GTA Online crew that organizes meet-ups between members to beat-down the unsuspecting player base in a server. The only requirement seems to be to have the green suit.