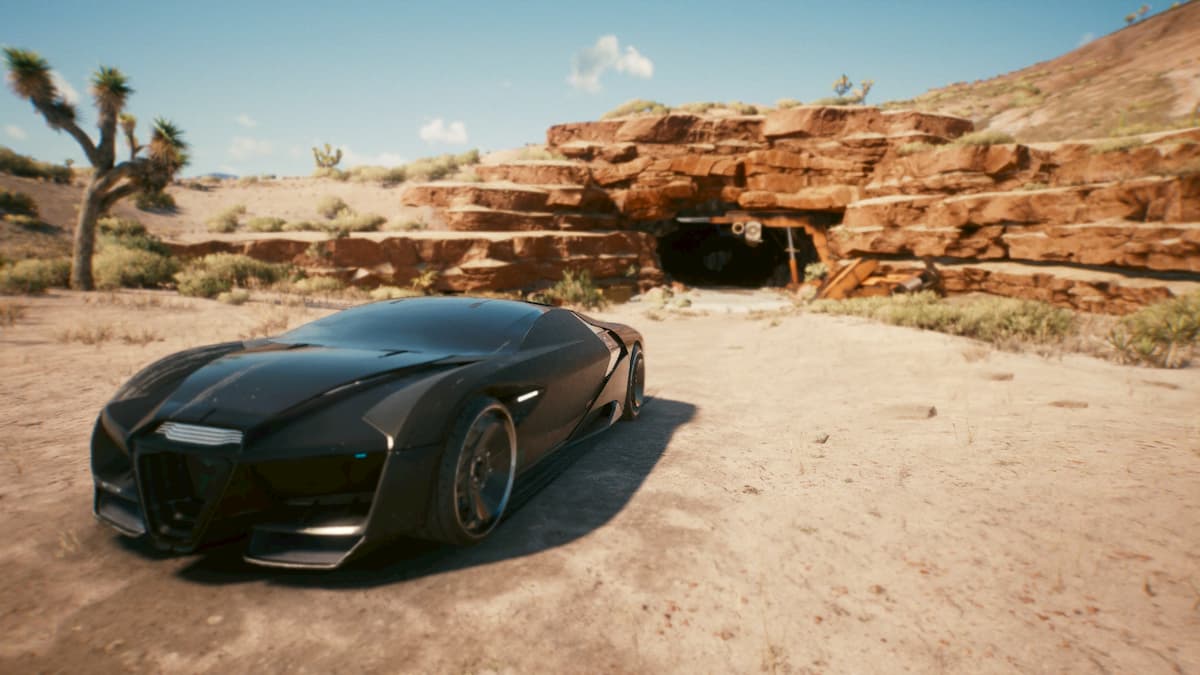 You may have thought it’s likely one out of the many shiny cars you’ve stolen is the fastest in all of Cyberpunk 2077, but that is certainly not the case. Known as the Rayfield Caliburn, and championed as the speed demon of all vehicles, the fastest car cannot even be bought or found in the streets of Night City. Here’s how to chase it down.

Where to find the Rayfield Caliburn

Firstly, you’ll need to finish the main mission, “Ghost Town.” By doing this, a cave will appear near the Badlands. As shown above, it is on a lone path just outside of Sunset Motel – located on the far right of the game’s map. The car appears to only spawn a few in-game days after you’ve completed “Ghost Town,” so be sure to skip some time before heading in.

When you’re inside, you’ll find the black car hiding in a storage crate to the right, just beyond the cave’s center buildings. There will also be a few rare components for crafting behind it, which may be most valuable to some. After, feel free to drive it out of the tunnel and store it in your garage – all at no cost.

If you’re unsure if the vehicle has spawned, an icon alerting you of a new car nearby will pop-up on your screen when you’re about 50 meters away from it.

In our time with the Rayfield Caliburn, we were able to go over 200 miles-per-hour in less than 15 seconds, with it reaching a max speed of 211 mph. It’s no shock, as the car has 660 more horsepower than the second-fastest vehicle. With the car in your garage, you can now summon it at anytime – which now makes it ridiculously easy to get away from highly dangerous areas.