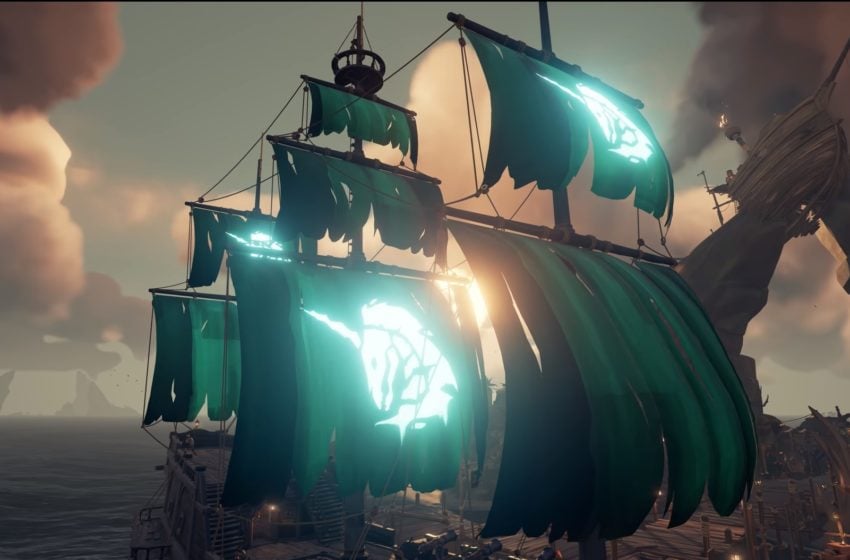 The Haunted Shores update in Sea of Thieves comes with a new set of ghostly sails for you to equip to your ship. You will need to earn them by collecting the Hunter of Damned Captains commendation, which you can receive from the Order of Souls faction by taking down a ghost captain’s ship during your voyages. The ghost captain’s ships are significantly more durable than the grunt ghost ships you fight, but once you take down one of them, you will gain access to the ghost captain sails.

The Hunter of Damned Captains commendation only requires you to sell a Captain Skull of the Damned, which drops after you take down a ghost captain’s ship. These are the final ghost ship you have to fight when partaking in a ghost fleet voyage. After you reach Mystic Mercenary at reputation level 25 with the Order of Souls, these voyages become available to you. Complete any of the available voyages involving ghost ships, also known as spectral ships, and you will be able to fight a ghost captain ship at the end.

Alternatively, you can partake in the Ghost Ship World Event that can appear in your game. You can see the world event happening by the sizeable orange skull in the sky with a beard and hat on it. To make it easy to spot the ghost captain ships during the event, look at the type of symbols on their masts. The ghost captains will have symbols that resemble Emissary flags traditionally flown by players. These won’t be the flaming ones that signify the Ghostly Ashen Dragon Ships that sail alongside the Burning Blade, Captain Flameheart’s flagship.

Once you obtain the Captain Skull of the Damned from the ship wreckage, you will need to take it to any of the Order of Souls representatives at the outposts. After unlocking the ghost captain sails, you will need to pay 49,000 gold to make them available for your ship.