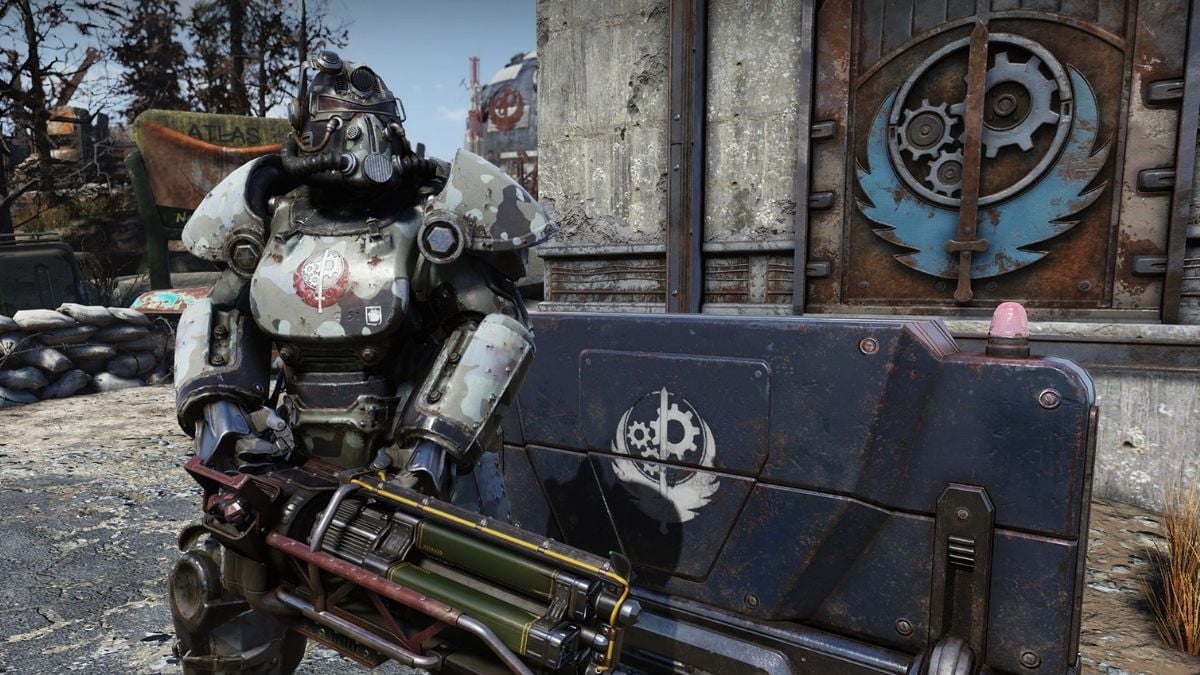 The Hellstorm Missile Launcher is like putting the standard launcher on steroids. This sucker comes standard with four barrels to launch missiles pretty rapidly. With mods, you can increase the number of barrels to six and have a massive clip for a rocket launcher. On top of that, you can even add elemental mods to increase the damage it deals. Of course, cryo is the best mod for slowing down enemies before they can reach you.

Getting the Hellstorm Missile Launcher

Like the Face Puncher and the Oathkeeper, the Hellstorm Missile Launcher is given to you for free while completing the Brotherhood of Steel questline. Specifically, the weapon is given to you for completing the Disarming Discovery quest. The weapon is obtained after you kill Dagger or make a deal with her to get the supplies. Keep in mind that this is a standard version of the weapon and it will need to be upgraded to the legendary version.

Getting the Hellstorm Missile Launcher Plans

Like other Brotherhood of Steel weapons, the Hellstorm Missile Launcher plans are given as a reward for completing Daily Ops Missions. The key to getting this as a reward is to complete the mission within the Elder Tier time limit. This will guarantee that you get a rare reward. Completing the mission with the Initiate or Paladin Tier will only get you a 5% or 10% chance to get a rare reward. Once the plan is learned, you will be able to get legendary versions of the weapon as a reward for completing event missions or by purchasing it from the purveyor.