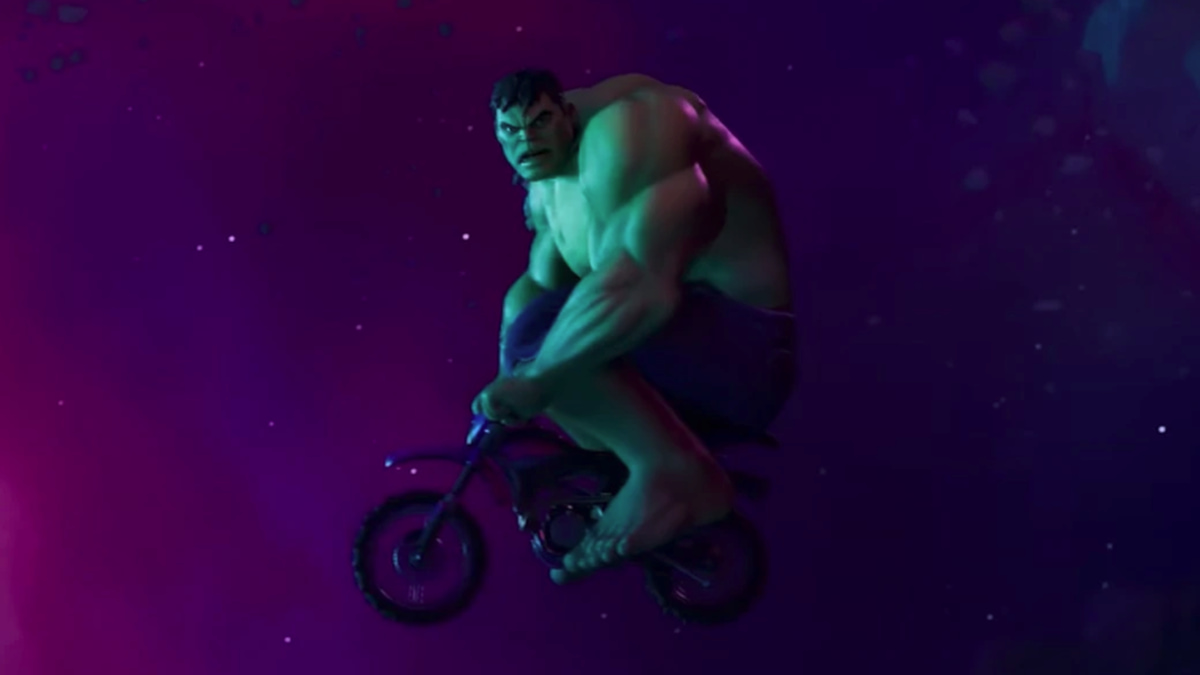 Upon Fortnite Chapter 4 Season 1’s launch, players noticed a handful of new characters and features missing, despite being revealed in the chapter’s debut trailer. This includes the game’s Hulk skin, who was briefly shown floating to the map with a motorcycle. Although he is currently missing in action, it now appears the superhero will arrive in the battle royale very soon. Here’s when the Hulk skin may come to Fortnite and how you can obtain it.

When does the Hulk skin release in Fortnite?

Developer Epic Games has been quiet as to when fans can expect Hulk to debut, but leakers may have already spoiled the reveal. According to proven leaker and Twitter user Happy Power, Hulk will become available in the Item Shop starting on December 8 at 8 PM ET. If the leak is accurate, that means you will likely need plenty of V-Bucks to obtain the green giant. It is worth noting that its cost is unknown, but previous Marvel-rarity skins, such as Moon Knight and X-23, were on sale for 1,500 V-Bucks.

The leaker has also claimed that Hulk will not be alone in his potential Item Shop tab. Instead, the character will allegedly be joined by a Recruit Hulk skin style, a Demolisher Pickaxe, a Gamma Chamber Back Bling, and a Hulk Smash Emote. Of course, Epic has yet to confirm these items either, so it is best to take this with a grain of salt for now.

Although the game is receiving its very first Hulk skin, there has already been a number of items themed after the Marvel icon was released beforehand. For instance, the Hulk Smashers Harvesting Tool allows players to wear Hulk gloves as their Pickaxe — and it is considered as one of the best Harvesting Tools in Fortnite. The accessory was also exclusive to the Item Shop upon its release, so it is possible players could see it return alongside the Hulk skin soon.