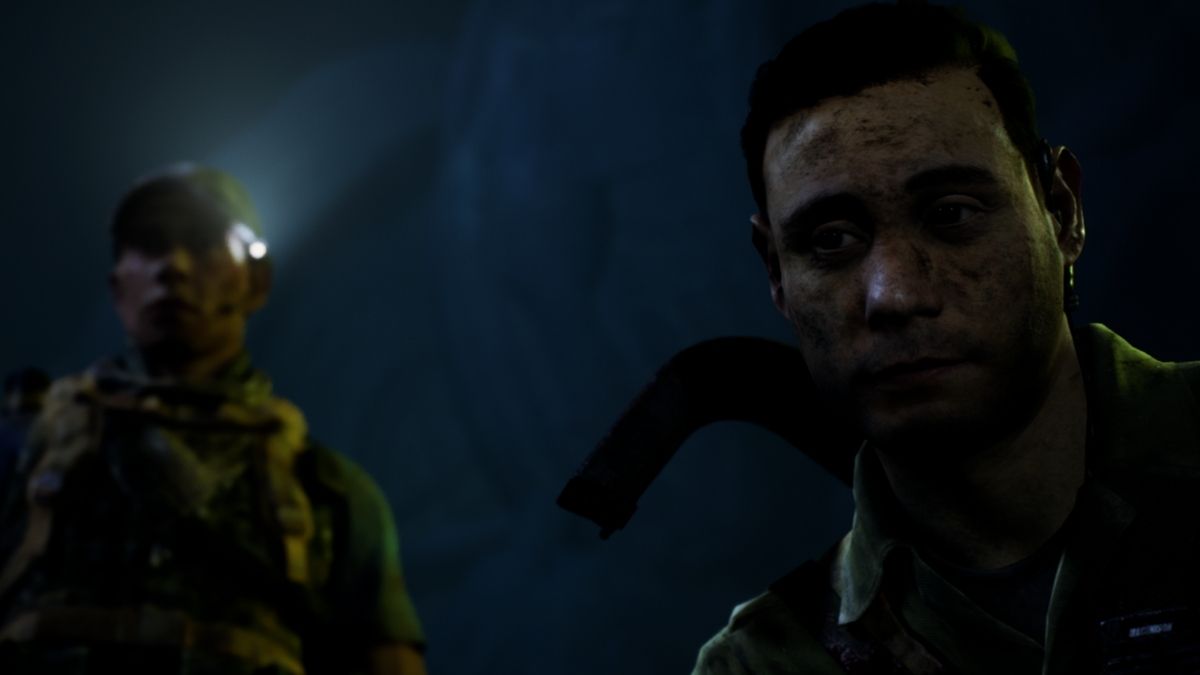 Salim in The Dark Pictures Anthology: House of Ashes wants nothing more than to return home so he can see his son. Salim is obviously a reluctant soldier. He doesn’t want anything to do with the war anymore and even defies his captain later in the story. It’s finally time to get this soldier home to his kid. Here’s how to do it.

One of the first critical choices you make in the game is whether or not to have Eric call for air support. When this happens, choose the option to not make the call. Calling for air support will make it so that air support appears at the end of the game to help out the survivors, but impacts Salim’s ability to walk away.

Have a good relationship with Jason and Nick

Jason and Nick are vital to this achievement. You can get on their good sides in a few ways.

Merwin can die extremely early in the game by covering his mouth when Jason is trying to give him morphine. As long as Merwin dies before The Signal chapter, the radio will not be repaired and air support will not help the survivors.

Go back for Salim

Toward the end of the game, the remaining survivors will assault the hive and escape. During this, Salim will get separated from the group. Jason needs to make the call to go back for Salim to ensure that Salim makes it to the last standoff on the surface.

Be successful at all of Salim’s QTEs during the final standoff. As long as he survives, he will be able to head home to his son.