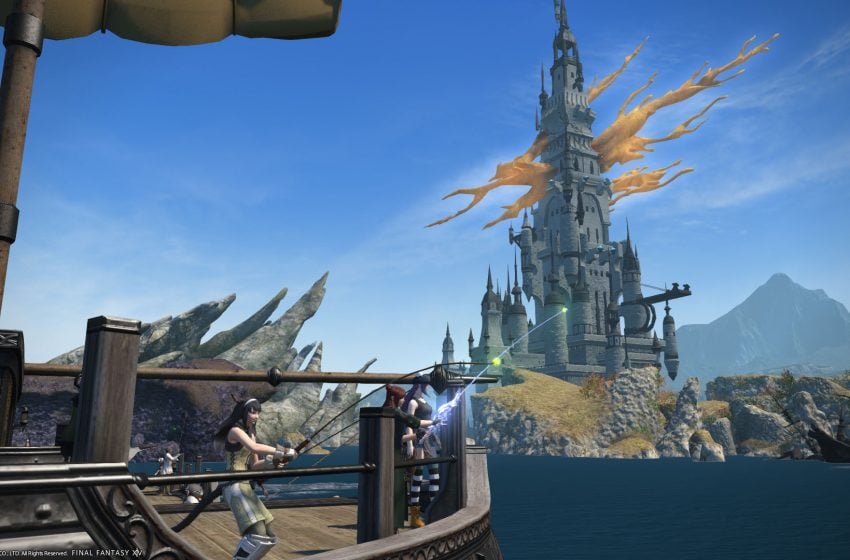 Octopodes? Octopi? Octopusses? It doesn’t matter what you call them; in Final Fantasy XIV, you need the right bait to get them to show up. If you and your Ocean Fishing squad can snare enough of them, you can wear the Octopus Traveler title, and you’ll earn 10 points from the achievement What Did Octopodes Do to You.

First things first: Make sure you’ve unlocked Ocean Fishing. Check that your gear is up to snuff. Having Facet gear melded to give you at least 800 GP puts you in an excellent spot to use skills like Double Hook and Identical Cast. Consider getting food that gives you even more GP, like HQ Peppered Popotoes. You’ll want a good supply of Krill and some Hi-Cordials at the ready, too.

You can’t go it alone. You’ll need a full party of fishers to obtain this achievement. There are a handful of FFXIV Fishing Discords and Cross-world Linkshells where you can find like-minded achievement hunters. If you need a hookup, try asking in Shout chat in Limsa Lominsa before a fishing voyage leaves.

Visit Dryskthota at the Ocean Fishing docks in Limsa Lominsa to check the Ocean Fishing Sailing Schedule. For the octopus achievement, the best route ends in the Northern Strait of Merlthor at night. This path gives you the chance to catch sharks at two stops along the route: First during normal and Spectral conditions at Galadion Bay, and again during Spectral Currents in the Northern Strait.

How to catch octopodes

Ideally, your party needs a Spectral Current to appear while at Galadion Bay to have the best chance possible of success. Here’s the catch: your party can’t afford to spend time trying to trigger the current here since you’ll be trying to catch as many octopodes as possible. With luck, someone in another party on your boat will catch the Spectral fish you need.

Before Spectral weather in Galadion Bay, use Krill as your bait. Your goal is to hook a Cyan Octopus at around 21 seconds after your cast. This octopus will have a medium tug, a (!!) pull. Once you’ve caught one, use Identical Cast and then Double Hook the next Cyan Octopus to catch four more. Use a Hi-Cordial to restore some GP and repeat the process. When a spectral current appears, continue using Krill and catch a Merman’s Mane. These tend to appear almost instantly after you cast as a medium (!!) tug. Like in normal weather, you can use Identical Cast and Double Hook for four more octopodes.

With enough skill and luck, your party will have all 150 necessary octopodes upon leaving Galadion Bay. If you come up just short, your party will need to trigger a Spectral Current in the Northern Strait by catching Spectral Sea Bo fish with Ragworms. Once rainbows appear, switch back to Krill. You’ll want to catch a Mopbeard and use your trusty Identical Cast/Double Hook combo. Mopbeards appear roughly 5 seconds into your cast with a medium (!!) tug.

Special thanks to S’yahn Tia of Cactuar for gathering copious amounts of data for the benefit of all fishers.