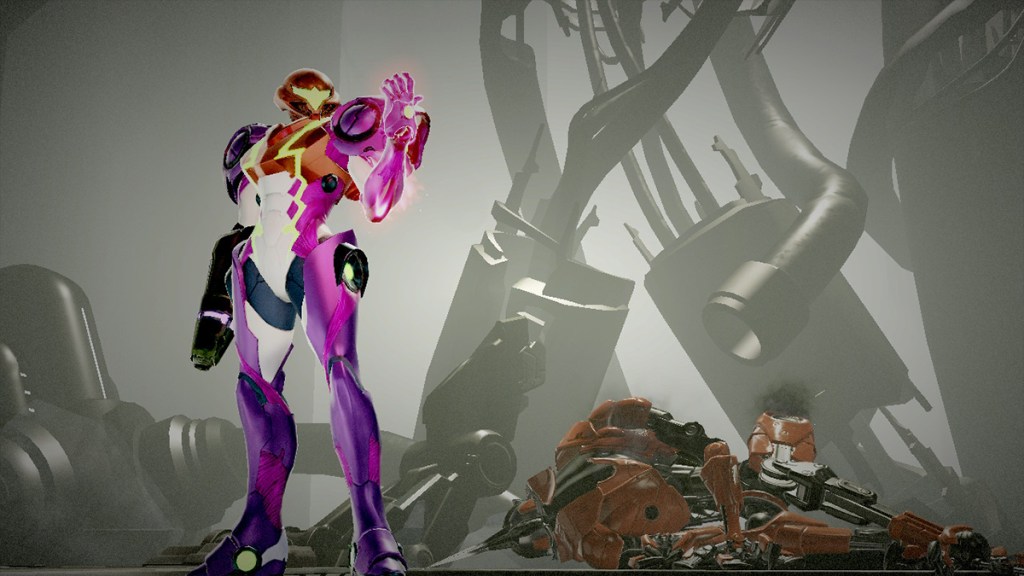 Metroid Dread has a slew of weapons and items for Samus to collect, and the explosive, screen-clearing Power Bomb is among them. First introduced in Super Metroid, it’s one of her most powerful abilities – and it’s likely the final one you’ll earn in Dread.

Step one, you need to reach the endgame. The Power Bomb is earned in Hanubia, the penultimate area of Metroid Dread. It’s not a large map, and you’ll soon find yourself in its small EMMI Zone. You’ve had to kill the all EMMIs up until this point, but things go differently in Hanubia. Samus suddenly finds herself strong enough to battle an EMMI without an Omega Cannon, and she dismantles the final one with her bare hands during a cutscene.

But there’s still a fight to be had here: after the EMMI drops, a Red Chozo Soldier enters the room, ready for a fight. Once you win that scrap, Samus will walk over to the defunct EMMI and absorb its ability, the Power Bomb. With that, you ought to have every power-up in the game.

Power Bombs are far more powerful than standard Bombs, and they have an even larger blast radius than Cross Bombs. In fact, their explosions clear the entire screen, including any Bomb and Beam Blocks. This is the only way to destroy Power Beam Blocks too. To deploy one, hold down the fire button while in Morph Ball form. Once readied, you can drop your payload and watch the bright destruction unfold.