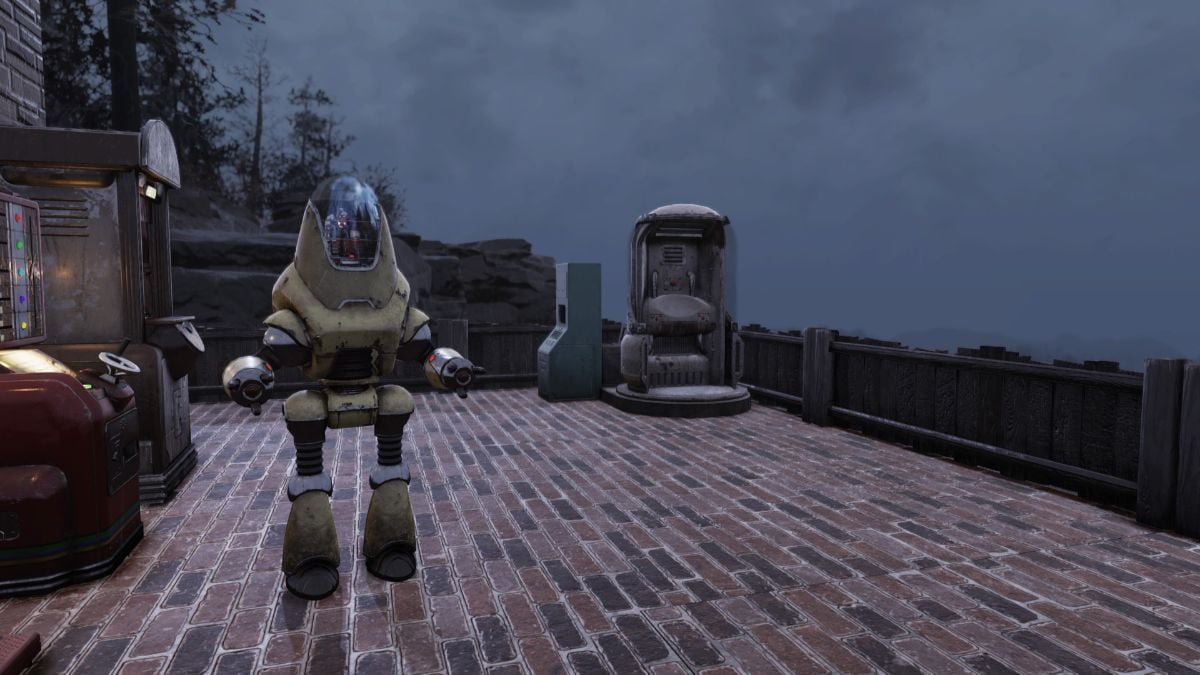 The developers at Bethesda released a bunch of different C.A.M.P items over the years since the release of Fallout 76. You can now adorn your camp with the greatest items that the wasteland has to offer. Among these items are the Collectrons. You may recognize these robots from the world since they can often be seen wandering Appalachia in search of various items when they aren’t attacking you. One of the special versions of these robots you can get is themed after the Red Rocket truck stop. But how do you get this Collectron?

What are Collectrons in Fallout 76?

Collectrons are robots that you can place in your camp. They can be found under the resources tab of the camp menu. Though they are awkwardly shaped and can be difficult to place, they are worth having in your camp.

What makes these robots stand out is what they can do for you once you place one down. When you put down one of these robots, it will wander around your camp and collect various items. Each version of the Collectron can obtain different types of items but they can all gather ammo and junk for you. You can change what they gather by interacting with the terminal connected to their base station. All of the items they collect will go into the waste bin on the back of the base station.

Related: How to place and move your camp in Fallout 76

How to get the Red Rocket Collectron

The Red Rocket Collectron was available as a reward during one of the previous seasons in Fallout 76. That doesn’t mean that the item is gone for good. If you didn’t manage to get it during the season it was available, you will need to purchase it. Travel to Foundation and talk to Samuel. If you are at least friendly with the Settler faction, Samuel will have the Red Rocket Collectron plans in his inventory for the low cost of 4,000 Gold Bullion. It may take you a little while to save up the necessary amount for the item. This collection is different from other models because it can collect car parts. This includes items like coolant, tube flanges, and hub caps.