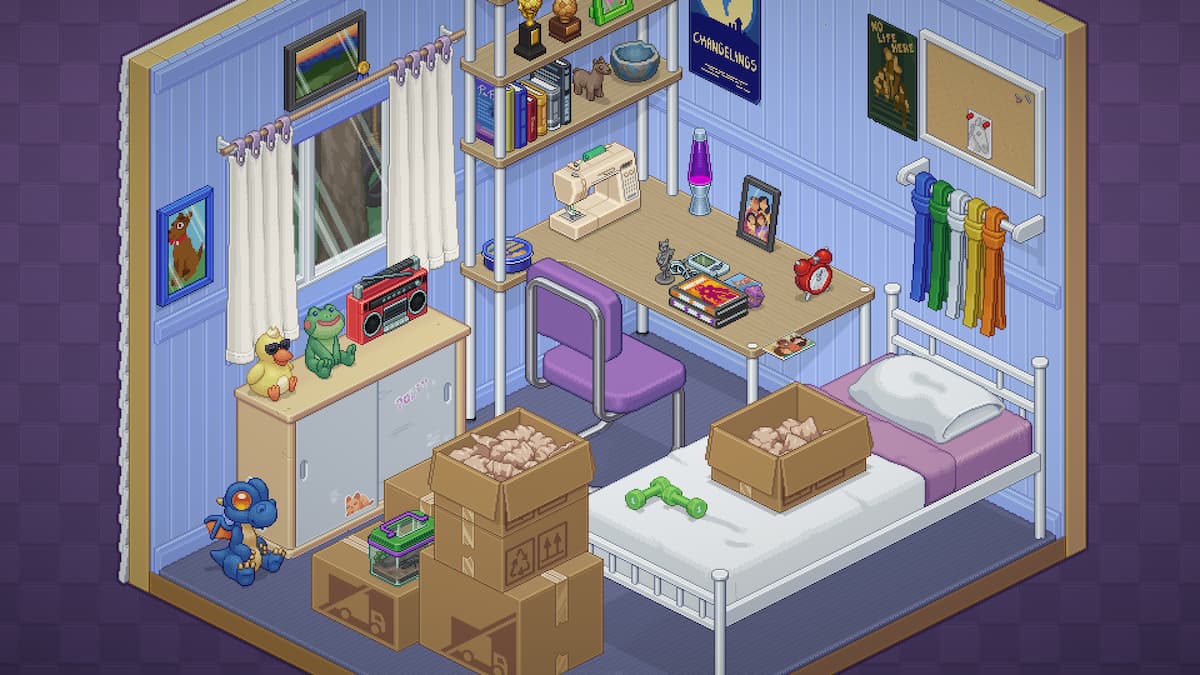 The Rediscover Childhood achievement in Unpacking is awarded for rescuing a forgotten poster. With a complete list of hidden achievements, this one might slip you by because it doesn’t involve the act of unpacking. Whereas many achievements at least partially include possessions from within the packed boxes, this achievement only unlocks by manipulating something that’s already in the room.

This achievement can be unlocked in 2012, the game’s fifth level. For those struggling with the previous levels, we have guides for 1997, 2004, 2007, and 2010. If you want to speed through the game, Unpacking also has an option that lets you move on after placing items anywhere.

2012 is much smaller than the three preceding levels, only containing a bathroom and bedroom. Stay in the bedroom and open the left side of the cabinet to find something that’s rolled up. This is one of the posters from Unpacking’s starting level. Looking outside the window reveals that this is the same room the protagonist found themselves in 15 years earlier. The achievement pops as soon as you place the poster on any wall. This also unlocks the spotted puppy sticker for use in the game’s photo mode.