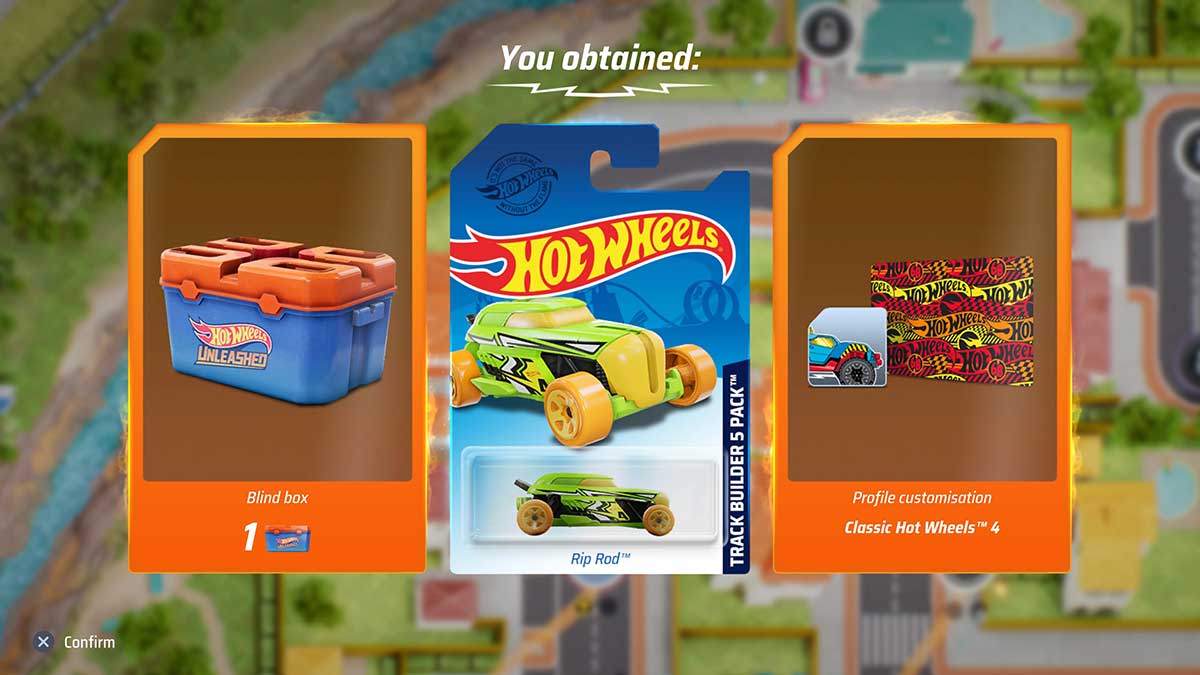 Hot Wheels Unleashed is packed with a plethora of cars for you to unlock, with more being added with expansion packs in the coming weeks and months. In this guide, we explain how to pick up one of those cars in particular. The hot rod inspired Rip Rod.

How to get the Rip Rod

You can unlock the Rip Rod by progressing the story in Hot Wheels Unleashed. The car is a reward at the end of one line of activities. You’ll have to follow the initial path that’s open to you and not blocked by Secrets along the way. The Rip Rod is unlocked on a path to the left, which snakes around and goes upwards before stopping as a Blind Box reward. The other reward will be a question mark until you unlock it. That question mark is the Rip Rod.

The Rip Rod is a hot rod car in the Hot Wheels world. It’s green and has a flame decal down the side to give the impression that it’s going incredibly fast. It’s got a decent speed rating, but the chances are that you’ll have unlocked a faster car with the initial three Blind Boxes that you opened at the start of the game.