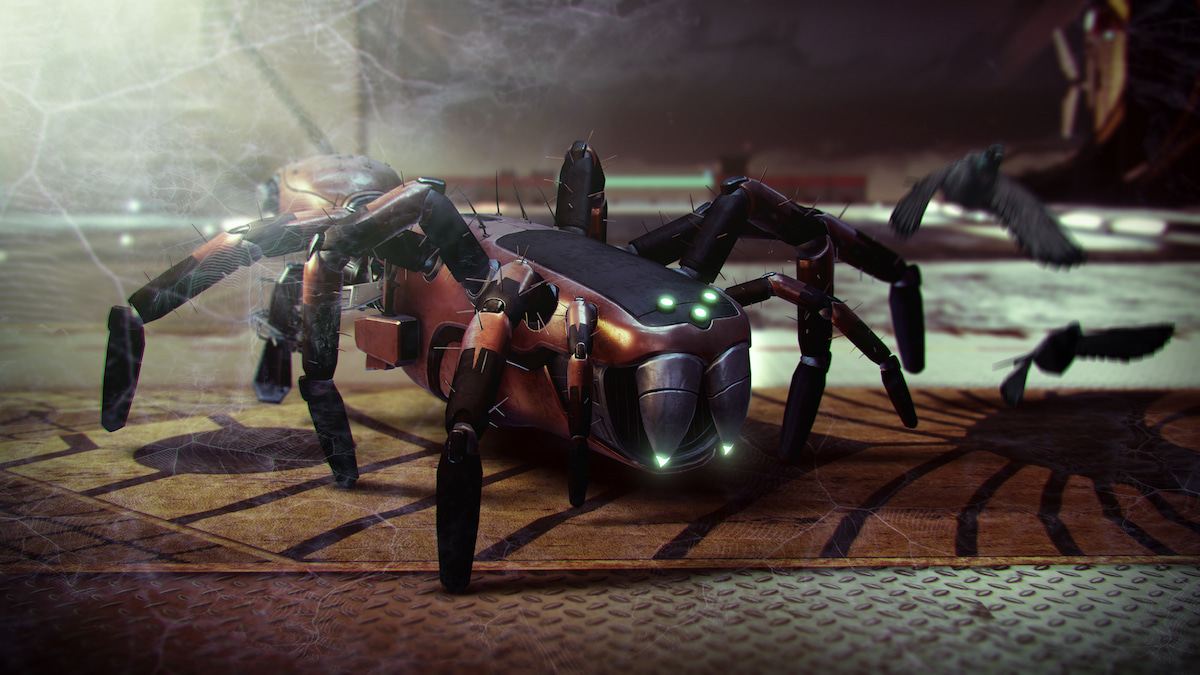 The Eververse store is the place to be in Destiny 2 right now, bringing yet another batch of amazing, purchasable cosmetics. It feels like it is one hit after another when it comes to silver or bright dust-only items in Destiny 2 right now. whether it is the Cat Ear Dance emote that took social media by storm last week, or the new dinosaur armor that fans have been eagerly anticipating since last March to be added into the game, now is a great time to pick up those types of items.

It would seem there is yet another instant classic item added to the Eververse store with the Festival of the Lost event, and that is the Skitterscare Sparrow. If you’re a fan of spiders, then this sparrow is definitely made for you, featuring 8 legs and some creepy details to really tie in the arachnid look. The legs even move as your drive the sparrow around and fly back when you boost. You might even scare some spider-fearing aliens away.

The Skitterscare Sparrow is available during the limited-time Festival of the Lost event for 800 silver, so if you plan on getting it, get it fast. Additionally, if you have some bright dust lying around, the Skitterscare Sparrow will be available for 2500 bright dust during the second week of the Festival of the Lost event (October 19th to October 26th).