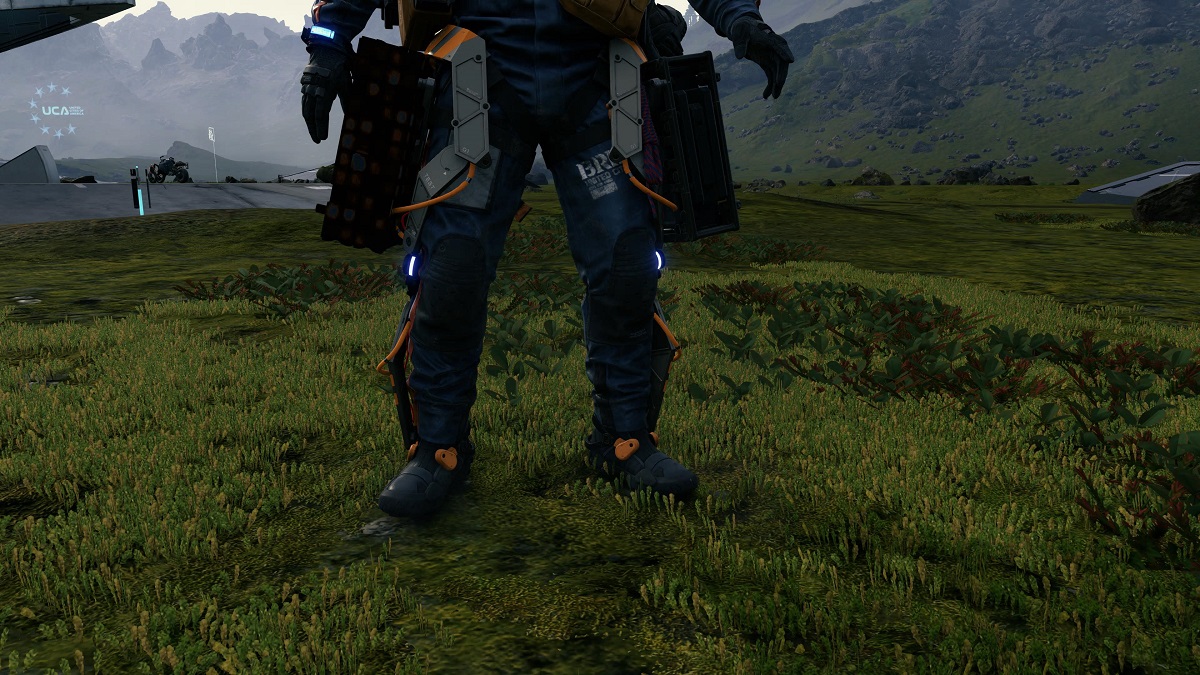 Sam Porter Bridges is burdened with carrying large loads through water, rain, and enemy territory, so it’s a good thing that Kojima Productions has introduced the Support Skeleton in Death Stranding. With this equipped, Sam will be able to carry more weight with some assistance in his legs. You’ll also gain some movement speed.

The Support Skeleton is available to unlock fairly early in the game in Chapter 2. As you arrive at the distribution center that’s west of Capital Knot City, you’ll be given Request No. 77, a mission that has you take back some files from the antagonistic MULEs. To start the mission, accept it from the access terminal in the distribution center building. Also, make sure you equip the maser gun that has been given to you as it’s a perfect non-lethal weapon in stealth scenarios.

Once you’ve come back with the information Bridges requires, you’ll be given the Support Skeleton. It can be equipped in the Cargo menu.

The Support Skeleton is battery-powered, so you’ll need to build a Generator to get it up and running. To do this, go outside and find a wide-open area near the distribution center. Then, hold right on the D-Pad and select a PCC. Hold L2 and keep switching the structures with the down button on the D-Pad until you find the Generator.

Once built, this will charge the Support Skeleton’s battery if you are standing in its vicinity. It will also charge a nearby motorbike that you can use for longer trips.