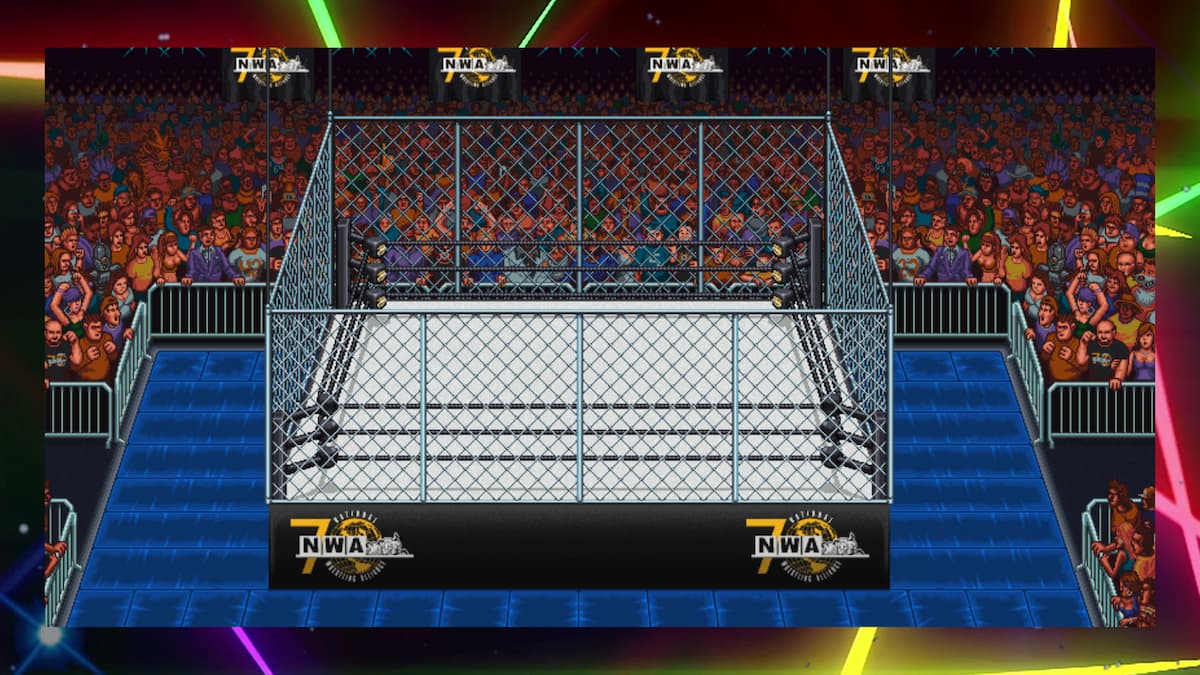 RetroMania Wrestling is Retrosoft’s official sequel to the 1991 arcade classic Wrestlefest. It features several big-name indie acts, four different modes, and a fair number of match types. One of those match types is the cage match, which also is the setting for one of the game’s achievements. If you want to unlock the “That’s Why They Call It High Risk” achievement and look cool in the process, you’ll need to know how to climb to the top of that steel cage.

Unfortunately, the game doesn’t tell you how to do that. However, we’re here to give you the simple steps to achieve your very own version of Jimmy ‘Superfly’ Snuka’s famous cage dive.

The first step is to get on top of the turnbuckle. You do this by hitting the “A” button (“X” on PlayStation) while standing near the turnbuckle. Make sure your opponent isn’t also lying in the same spot, or your wrestler will go for a pin instead.

Once you’re up there, it’s time to take things to the next level. By double-tapping the direction of the cage, you can climb to the top. This is also how you get out of the ring in a normal match, so it should be a familiar input.

From the top of the cage, all you need to unlock the achievement is miss the attack. The easiest way we’ve found to do this is to wait for your opponent to get up and start moving around. It’s highly unlikely the move will connect unless your opponent is knocked out, so this should let you finish up quickly.

When you’ve finished up the achievement, you can incorporate the sequence into your in-match repertoire. Except, from now you can actually hit the move successfully to do some major damage to your opponent.