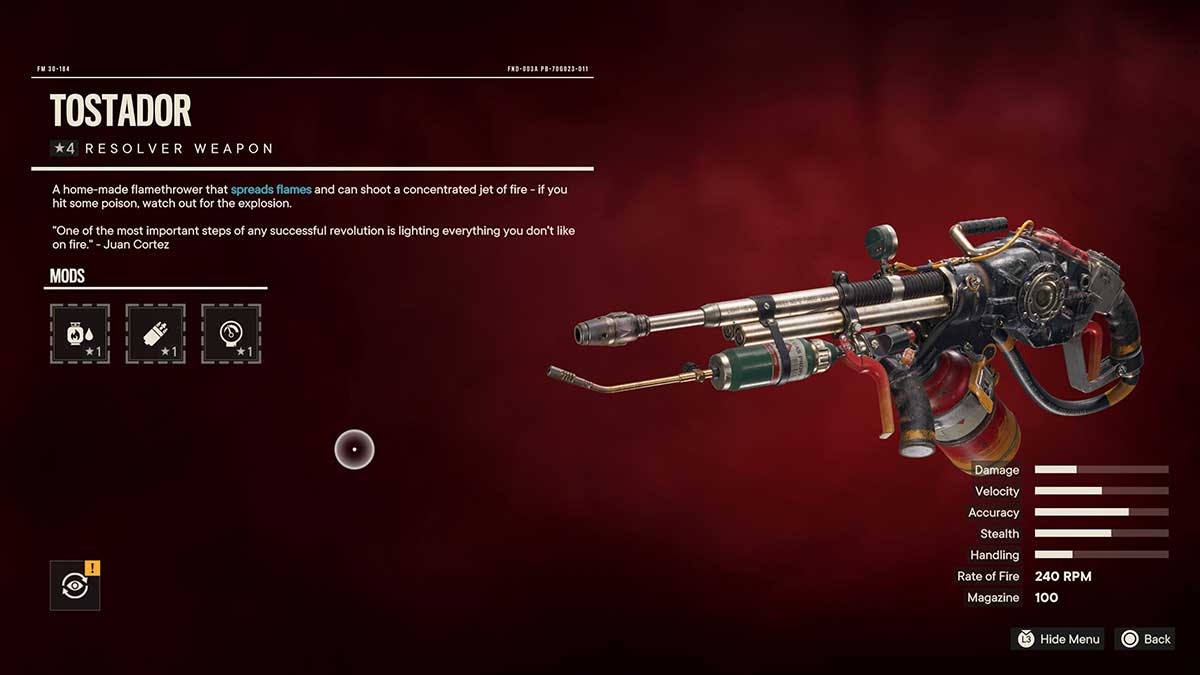 Tostador is the first flamethrower you’ll pick up in Far Cry 6. It’s also used in one of the game’s early story missions, meaning it’s almost essential that you get it and use it. Thankfully, you have to work extremely hard to avoid using this weapon, and there’s no way to skip getting it. In this guide, we’ll cover when you pick it up so you know when you can start cooking soldiers.

Tostador is given to you while you’re still on the tutorial island of Far Cry 6’s Yara. It’s the mission that comes after you “rescue” Juan from the bar he’s been drinking at ever since he arrived. This mission requires you to speak to Juan and pick up your first Supremo. The Tostador will drop as a reward once the cutscene where Juan makes the Supremo ends.

The Tostador is an important weapon to use while attacking the nearest Viviro Tobacco Farm in the next mission, Fire and Fury. However, it’s not essential. While you advance the progress of destroying the location faster with a flamethrower, you can make a mess of the place using your Supremo and a few weapons too.

Outside of burning Viviro fields, flamethrowers are great for causing damage to soldiers who pursue you through long grass and forests. You can also create a wall of damage between you and them that most soldiers will stay away from while it’s raging, giving you space to reload, heal, and get back into the fight.