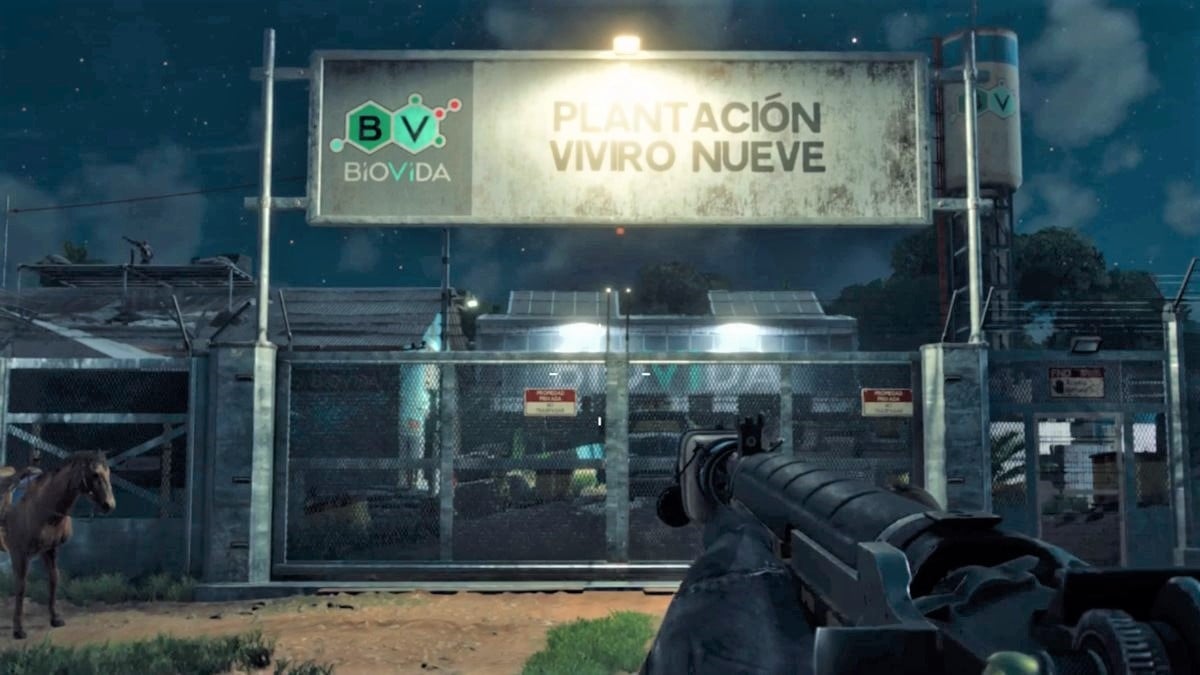 The Fire and Fury mission in Fire Cry 6 requires you to destroy what Clara Garcia calls a “Viviro prison camp”, but which is officially a plantation. It’s a big, well-guarded facility though, so you don’t want to just rush in, all guns blazing. Use a bit of planning and strategy, and this mission won’t be so tough.

The NPCs you meet during the early stages of this mission will give you lots of advice, all of which is worth following. Fire and Fury is essentially a training mission for the new weapons you received at the end of the previous mission, Du or Die: the Supremo rocket launcher and the Tostador flame thrower, so equip both of them, and make sure you max out your molotov cocktails.

You’ll also be given two new pieces of gear, both of which are pretty much essential for this mission. The Hazmat Mask protects you from the poison that Fumigators will spray at you, and that will explode out of numerous canisters dotted around the plantation. And the Fuego Mitts will protect you from fire, of which there will be a lot during this mission.

When you scope out the facility with your phone, you’ll discover that it is mainly guarded by non-armored guards, but you might run into a few armored ones, so go in with both armor-piercing and soft target ammo. The Fumigators are special enemies that are particularly vulnerable to fire, which is one of the reasons you’ll need that Tostador.

To destroy the Viviro Nueve Plantation, start by walking around the perimeter, using your Tostador to set the tobacco crops ablaze. Remember that the flames will spread naturally, so don’t waste ammo being too thorough. Also, keep an eye out for workers in the fields, and try to avoid toasting them.

Once you’ve got flames spreading across all the fields, it’s time to enter the facility compound and destroy the yellow container tanks. There are several ways in, but in our game, a tanker truck smashed through the front gate at exactly the right time. We’re not sure how scripted that was, but if it happens for you too, then make the most of it.

The recommended method for destroying the tanks is to blast them with your Supremo, but you can also use dynamite, or a well placed grenade. You can even open their valves to release the flammable fumes, then light them up with your Tostador or a molotov cocktail.

By now, the plantation should be completely destroyed, or at least destroyed enough for the mission to be complete. While it’s safest to keep to the edges at first, do make sure you climb to the roof of the building in the center of the compound before you leave. There’s an FND cache up there, which contains an RPD light machine gun.