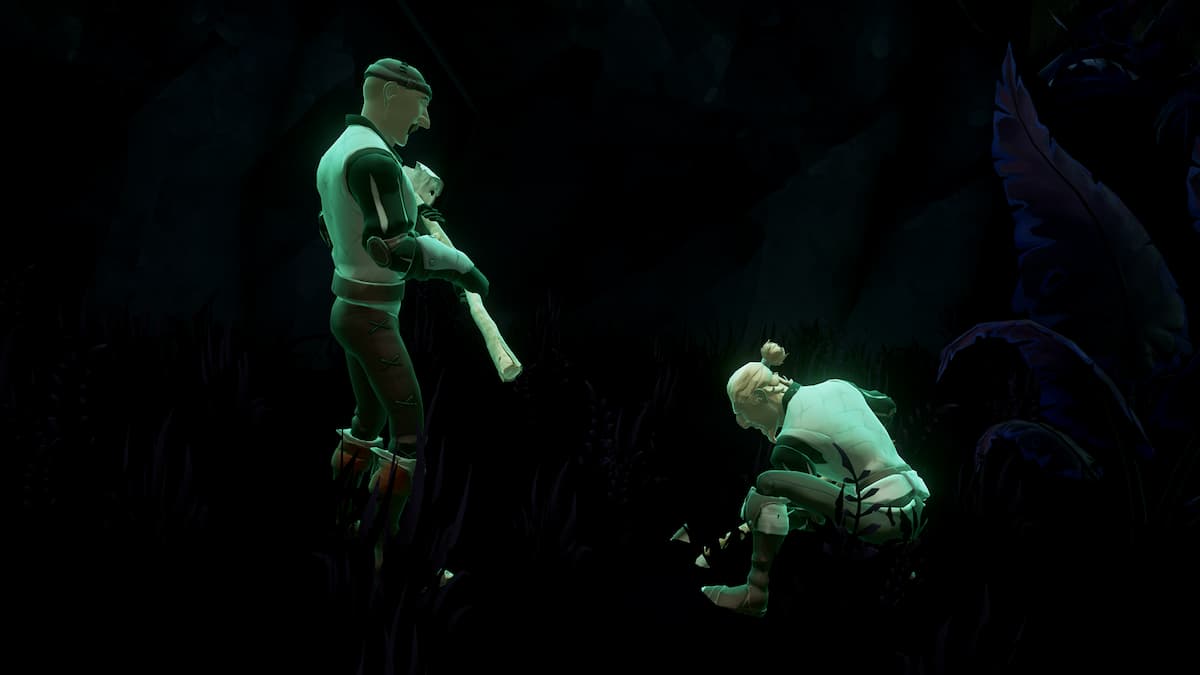 Sea of Thieves is all about nabbing treasure for yourself, but there are some moments in Sea of Thieves: A Pirate’s Life where you’ll reunite some NPCs with their old loot. One such case is in the Captains of the Damned Tall Tale, specifically in Chapter Four. You will be in the town of Isla Tesoro, and you’re going to take a little trip in a canal to get the Treasure For Eternity commendation.

After you get past Barbossa’s scuffle by the dock, you will go ahead into town, and you should see a scene of a man named Carlos getting drowned in a well. It’s a visceral sight for sure, but you’re going to get closer there to find the Mercado Key on the well. Pick it up, and commence with the rest of the Tall Tale while still carrying it.

Go through the La Costurera store and out the back, past the tavern, up and down some stairs ahead, and through a tunnel, where you will eventually find a Townsfolk’s Journal on the right side. Keep going until you see a clock tower and an auction in front of a building labeled “Mercado.”

Enter the Mercado building on the right side by opening the door with the key and go up the stairs. There will be two windows there, and outside the right window is an unlit torch — light it with your Flame of Souls. After that, leave the building and go to where the ghosts are auctioneering. Run past all of these ghosts until you reach the canal, where there will be a rowboat with two skeletons on it.

There will be some sights along, including a scene of ghost pirates playfully shooting at each other (there also happens to be a journal there). You will keep rowing to follow the ghost rowboat all the way to the end of the tunnel — you’ll be outside, and you’ll see the two ghosts from the rowboat digging on land to the left. Get off your rowboat, equip your shovel, and dig where they are standing to find a crate of Villagers’ Valuables. Grab the crate after you dig it out and return it to the skeletons on your rowboat to earn the Treasure For Eternity commendation.