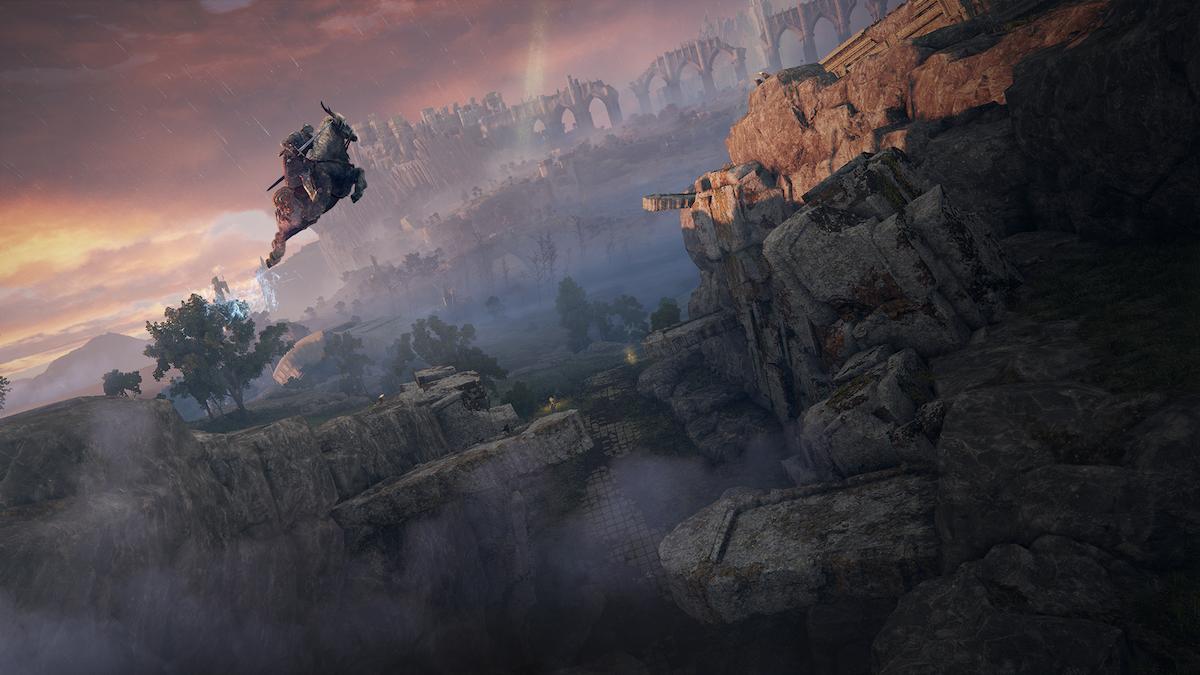 Liurnia of the Lakes is one the largest areas in Elden Ring and is key to reaching later zones. It exists north of Limgrave and connects to some important regions of the Lands Between, including the final boss’s area and that of several demigods the Tarnished are tasked with slaying.

Getting to Liurnia is by no mean feat, but like the Caelid region to the east, where the Meteorite Staff hides, you can reach it at any point. The main way to make your way north is through Stormveil Castle. And not just via some exit from Stormveil: the main exit guarded by Godrick the Grafted, the first demigod players are meant to fight.

Once Godrick is out of the way, the path leading north at the end of his arena goes through a small, orange-lit chapel, then out to a grand vista overlooking most of the northern lands of Liurnia and beyond.

Alternately, go north from Stormhill Shack, reachable by going under the bridge leading to the Limgrave Divine Tower. A broken bridge rests near the coast, and Torrent can jump down toward a wolf-infested path. Past the wolves are the cliffs of Liurnia behind the Godrick arena in Stormveil.

Down the hill to the left, or west, of the overlook, past a ruined church is the Lake itself. You’ll find the first of several map fragments not far onto the water, with the others further into the area.

Liurnia itself is home to the Raya Lucaria Academy, home of Carian sorcery and demense of another demigod. Who that is and how to take them on is another story entirely.