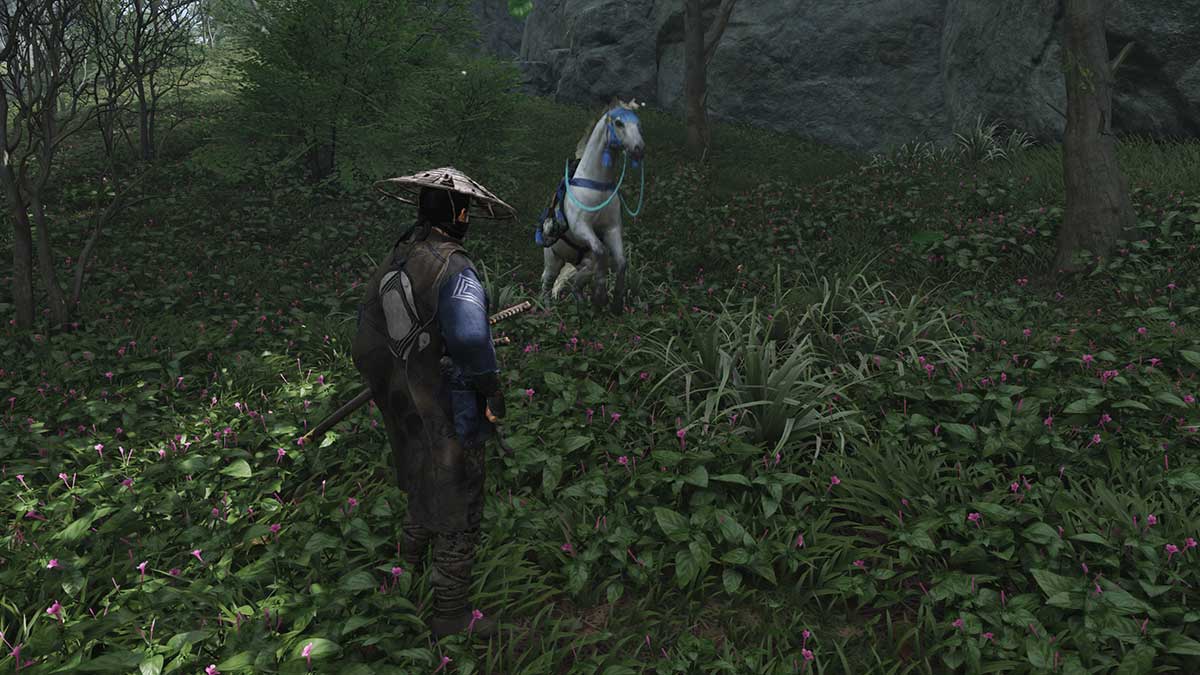 The journey to Iki Island isn’t a smooth one. First, there’s a shipwreck, and then Jin awakens on a beach with whalebones and no idea where his horse has gone. You can spend a long time exploring this opening portion of the game without your horse, but you shouldn’t. This guide explains how to get your horse back quickly as soon as you’re on Iki Island.

Once you’ve emerged from the smuggler’s cave on Iki Island, you’ll be presented with a map of the island and two initial quests to get you started. One of these is A Lost Friend. You need to complete this quest to get your horse back.

The quest requires you to follow tracks through the beach and up a nearby hill. Eventually, you’ll come across a group of Mongols trying to capture it, but it’ll charge off and away from them. When you finally catch up to your horse, you’ll unlock a new charge ability that allows you to knock down and kill Mongols by hurtling into them on horseback.

This is an easy quest to start your journey on Iki Island with. It’s the one we’d recommend picking up first because not only does it allow you to travel faster afterward, it also stops you from worrying about how your poor horse fared when your ship went under.