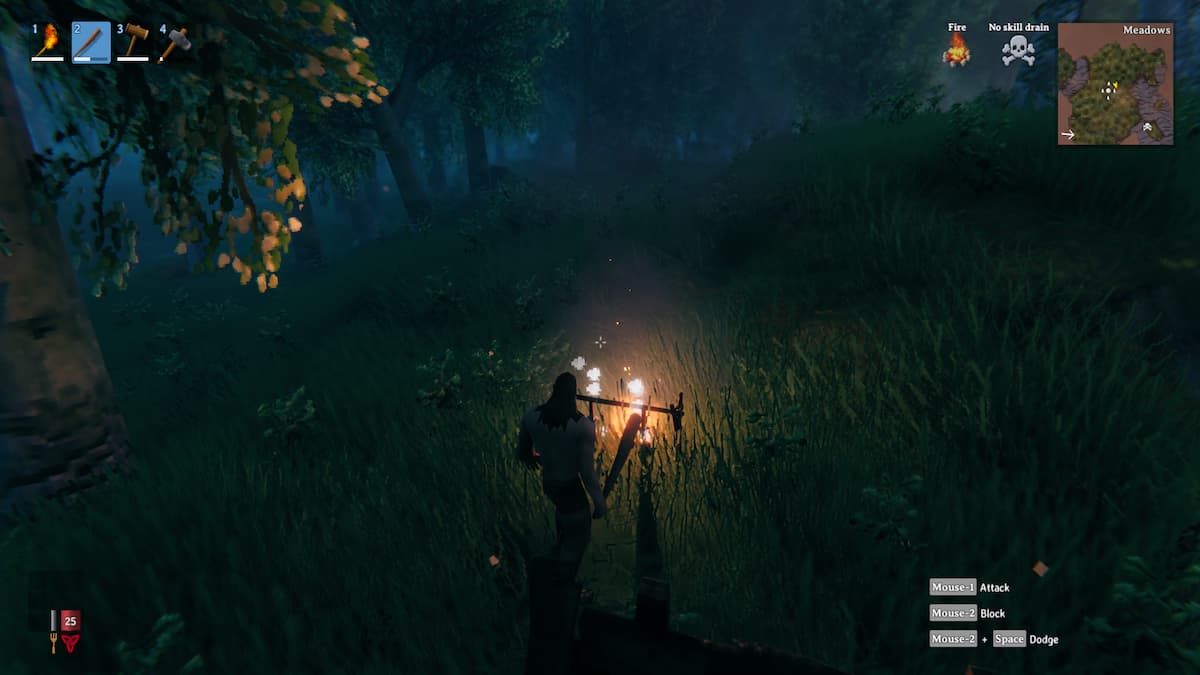 Combat is going to be a regular occurrence for you in Valheim. You might a few creatures wandering around, like the water-dwelling Necks, or the Greylings that wander the forest. There are worst dangers out there, especially as you start to expand out from the starting area. To make sure you’re ready for these more hazardous encounters, you want to be able to heal the damage you take. There are multiple ways to heal in Valheim, and some are more effective than others.

An effective way to heal damage over time is to find some berries or consume other meals you’ve crafted on your character. You can find berries with far less effort than you’ll have when it comes to meat, as meat drops of animals you have to hunt. Raspberries are usually in good supply. You’ll be able to identify these berry bushes when you approach them, as they have these notably red ends on them.\

These are some of the best and earliest ways to heal yourself in Valheim. Because you can only consume specific pieces of food at a time, we recommend finding multiples sources of food. There are mushrooms you can find, similar to the raspberries, that also heals you. Much later in the game, players on Steam have reported a mead that you can learn to craft that will heal you, but it takes several in-game days to create.