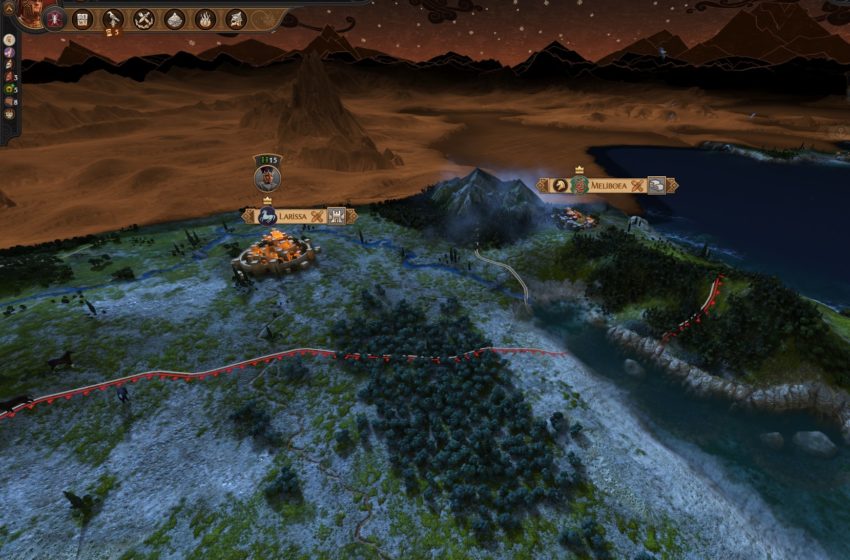 A faction’s attitude about you determines how they treat you in A Total War Saga: Troy. When you have a more positive relationship with a neighboring faction, you can find them willing to agree to trade with you, assist you in wars, or not outright attack you. A more negative relationship can mean you have to remain vigilant at your borders, prepared to repel an incoming battle that can strike at the most inopportune moment. You can improve a faction’s attitude by working with them without being asked or agreeing to their requests.

How to learn about a faction’s attitude

There are two ways you can look up a faction’s attitude towards you. There’s the ‘known factions’ tab on the lower-right portion of your UI, the fourth icon above your map. Click it to display all the known factions. Hover over the armored soldier icon next to a faction’s name to see the full breakdown.

The second way is to enter negotiations with the faction from the diplomacy page. Click the 7 key on your keyboard to bring it up, and find the faction to learn more about how they view you.

Each of the displays breakdown what you’ve done that has increased their approval and caused their disproval. Approvals may have occurred from attacking or raiding their enemies, previous or current treaties with them, trade, treaties, or trade with their allies. They will disprove of you being a larger power, attacking their allies, or making deals with their enemies.

How to improve attitude with a faction

When improving a faction it’s important to consider how your current affairs will affect them. Try to attack their allies or trade them resources they have difficulty acquiring. Food and wood are decent to trade, but they likely prefer bronze and stone, and if you afford it, gold. It also doesn’t hurt to agree to a non-aggression pact.

It takes time to improve the attitude of a faction, so don’t rush the process. For those eager to expand their empires, try to find alternative regions to take over. It’s sometimes better to make enemies with a faraway nation, and rather with your allies to fight against a much more powerful force.